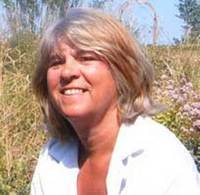 I’m Rebecca Tope, author of thirty crime novels, generally regarded as being in the ‘cosy’ subgenre. At present there are 16 titles in the Cotswolds series, featuring housesitter Thea Osborne and her cocker spaniel Hepzie, and 7 titles in the Lake District series, featuring Simmy Brown, florist. Both these protagonists are very much amateur – in fact accidental – sleuths.

Because that’s the only thing anyone will publish of mine, up to now. It’s the biggest selling genre, and the industry doesn’t like people who switch in and out of different kinds of book. I’ve always enjoyed reading murder mysteries, and they are definitely fun to write. 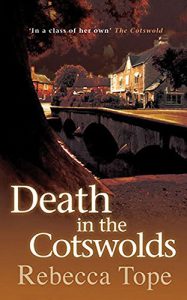 Very difficult to give a proper answer to this. It’s mostly negative – definitely no interest in police procedure, for a start. I like to present a wide cast of characters, most of them with some kind of crisis going on. I like my people to be politically incorrect at times, to break rules and buck trends. It was years before I would let any of them use a mobile phone (because I haven’t got one myself any more), and they’re still very dim about Facebook. Anything more recent than that is quite out of the question. In essence, I suppose it’s ‘character’ that informs the writing.

I get up early (very early in summer) and after walking the dogs and checking for emails, I write at least 1000 words. This generally entails reading back a page or two, and then just discovering the next piece of the story. I seldom know where the story’s going, although sometimes on the dog walk I have one or two ideas for the what’s going to happen in that day’s section. I finish by 10.00am, usually, and spend the rest of the day doing other things – ideally outdoors.

There are so many. I might have to cheat and say three – The Beekeeper’s Apprentice by Laurie King is fabulously original and actually quite brave. Half Broken Things by Morag Joss is a book I regard as very nearly perfect. And Into the Darkest Corner by Elizabeth Haynes is a sustained crime thriller that genuinely made me feel I was alongside the central character.

Listen to me and Rebecca plus author James Mortain talking crime fiction on @TivRadio!