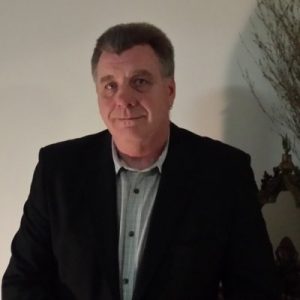 I served in the Royal Navy for ten years including in the Falklands War before migrating to Australia and becoming a police office. I served for 17 years before being medically retired after being seriously injured while protecting a woman in a domestic violence situation. I am married with three grown children and one grand daughter and lives south of Brisbane with the love of his life, my wife of thirty years and her overly cute cat. I currently a full time author.

To date I have two novels published, The Picture, a story about avarice regardless of who may get hurt and of consequences balanced against an ex-cop who has always tried to do the right thing and help people, and Psychosis, about an innocent man imprisoned for his wife’s murder and his sister, desperately trying to have him released but losing hope with each setback. Both the books have received great reviews and very positive feedback. I like to look into the character of the people involved and that has struck a cord with readers whoo want more than quick action.

My third novel, Blood Ribbon, is out now. As with my previous novels, it involves ordinary people caught up in extraordinary events and how they deal with them. Trying to keep their sanity while finding out the truth.

I don’t, I write literary fiction which seems to involve crime. Jokes aside, I like to explore the interaction of people with circumstances, crime happens to bring the best and worst out in people. As a police officer I was able to observe how people dealt with situations well outside their comfort zone, outside their everyday lives, and it can be very surprising to see how people react. 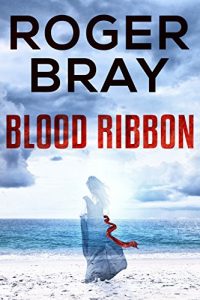 Obviously having been involved in many types of violent crime I have some insider knowledge but, as I said before it is more about how people react. Often it is normal for police to attend a crime scene where civilians are experiencing the worst day of their lives. To the police it may be the third of fourth such event they have attended that day. Being an ex-police officer certainly helps with ideas, but I am a voracious reader as well, of novels but also articles about myriad things. Your idea of ‘What if…’ is very true, along with ‘why’ and ‘how’. How is easy, like a Cluedo solution, the why is often a lot more subtle and I enjoy bringing that out in my books.

I spend a fair amount of time thinking through ideas, trying to build a narrative, making notes and writing down anything relevant. I like to have an ending in mind before I start but often that will change as the story develops. Once I start writing I start at page one and finish at the end. That sounds a little oversimplified but I have found that writing different parts and trying to fit them together leads to disaster. Sometimes it is unavoidable but I prefer the linear approach. Once I start writing I like to have a routine and spend a few days at it, writing until I run out of steam, which could be ten pages or fifty. Have a break, reread, edit and continue.

The Innocent Man: Murder and Injustice in a Small Town By John Grisham. Non-fiction but definitely crime. Why? Because I think it would have been fascinating to research and would have given a great sense of satisfaction to expose such an egregious miscarriage of justice.