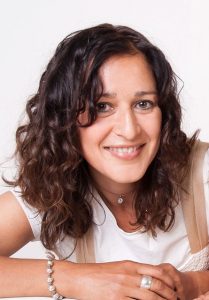 I’m Sanjida Kay and I write psychological thrillers. My first one is called, Bone by Bone, and is about a mother who discovers her daughter is being bullied and tries to deal with the bully herself…with tragic consequences. My second is The Stolen Child, which is about a family who adopt a little girl. When she turns seven, she receives a card from her father, saying she’s been stolen and he’s coming to get her back… They’re published by Corvus Books. Currently I’m editing my next thriller, The Perfect Family, which will be out in May 2018. You can find out more about me on my website, and do please get in touch on Twitter, Instagram or Facebook or join my Book Club (the sign up sheet is on my website)!

I’m most concerned with trying to tell a good story, but psychological thrillers is a genre that suits me, because I’m always thinking, ‘What if…’ And the what if bit is usually something dark and chilling, but the setting tends to be ordinary people leading ordinary lives….that are going to get a whole lot more uncomfortable! I’m pretty cheerful in real life though!

The stories I come up with are normally based on a thought I’ve had or something I’ve heard, and then I add the , ‘What if…’ For example, a friend of a friend wanted to adopt a child and had heard that a woman who was a drug addict was being forced to give up her child from birth. I thought, what if that family were able to adopt the child, and they gave it a stable, loving home…but then, several years later, the father, who was in prison at the time, found out. What lengths would be go to in order to get his child back? And that became The Stolen Child.

My writing day is book-ended by the school run. I get home just after 9 am, make a strong black coffee and deal with emails, and then I write until 3pm. I have to set an alarm so I don’t get carried away and forget to pick up my daughter! It’s a pretty short day, so I have a fierce word count that I need to get through (my books come out once a year). I spend my evenings on other aspects of being a writer, such as social media, writing events and the boring bits like doing my tax return. I watch a lot of thriller box sets too, which I see as an enormously fun part of being a writer. My favourites are Breaking Bad, Walking Dead and Taboo. I’d like to read more, but in practise, I fit it in by listening to audio books from Audible whilst I exercise.

5) Which crime book do you wish YOU’D written and why?

Rebecca by Daphne du Maurier for its creepy and haunting atmosphere and memorability and Gone Girl by Gillian Flynn for the rollercoast plot twists and razor-sharp and sharply-disturbing heroine/villain, Amy Dunne.