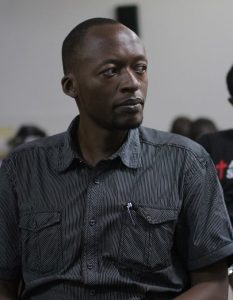 My name is Keith Kinambuga, a Kenyan self-published author and credited screenwriter. My short story titled The Great Defeat earned a Special Mention in South Africa’s All About Writing Courses March/April Writing Challenge 2017. My short crime novel titled I’m Not A Black Widow But I Spin Webs was released on 8th December 2017. It is a story about a Kenyan black ops team assigned to deal with fraud and corruption cases by any means necessary. The female lead must constantly prove herself in a male-dominated world and deal with accusations of being called a terrorist by her politically connected foes.

As a screenwriter, I have garnered storylining/writing credits for the Africa Magic Viewers Choice Award (AMVCA) winning Mama Duka & Lies That Bind and storylining credits for Sumu La Penzi & Jane & Abel; all aired on DSTV Africa. I co-wrote of the Usoni sci-fi feature film and also wrote The Ghost Letter short film. The concept and trailer of the feature film attracted international coverage from CNN, Reuters and BBC while the short film was nominated in four categories at the Riverwood Academy Awards 2015 including Best Scriptwriter. I wrote/directed/produced The Enemy Within micro concept film that was shortlisted for screening at the 2016 Alliance Française Smartphone Film Competition. Here I am on IMDB, plus you can check my website out, HERE.

It’s a thrilling way to pass a message to a wide readership. I enjoy doing the research needed to make everything believable. 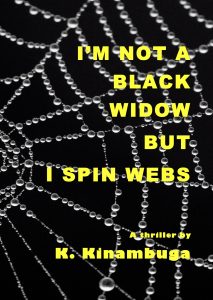 A mix of real life cases and avid interest in the crime underworld from drugs to black operations. You’ll catch me at odd hours watching documentaries about major crimes.

I wake up, do the usual then stare down a blank page to submission. If I don’t win the battle, I read anything else just to reset my mind but I eventually win the war.

The Girl on The Train by Paula Hawkins because I was fully immersed in the main character’s dark journey to redemption. I love character-driven crime stories and it was one of the best I have ever read. The simple but descriptive language style used flowed easily and kept me turning pages to the very end.