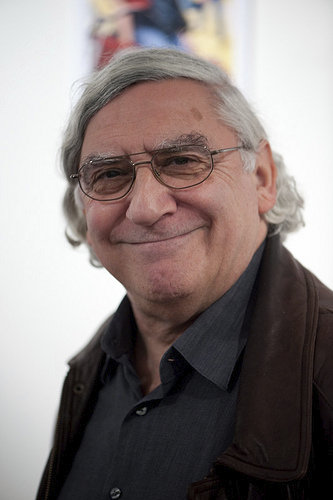 I’m Maxim Jakubowski. I was a book worm from an early age and owe my writing career to a teacher in his Paris school who, when I was 13, encouraged me to write stories rather than dry compositions and the bug has never left me since. I published my first book, a rather naive science fiction saga, at the age of 16 in French and in France and, on finally returning to the UK, became involved in science fiction fandom and writing. I became a close friend of Michael Moorcock, Brian Aldiss and J.G. Ballard, and collaborated to the glory years of the now legendary New Worlds Magazine.

After some years in the food industry using my foreign languages, I finally moved into publishing and set up Virgin Books for Richard Branson, later moving to Penguin and the Thomson Group, and ended up as Editorial Director for Ebury Press. I later opened the Murder One bookshop, which for many years was the only specialist mystery bookstore in the UK.

Throughout my publishing career, I never stopped writing and has written 20 novels, 5 collections of short stories and edited over 100 anthologies in a variety of genres ranging from SF to crime, with an intermezzo in erotica! I also translate the occasional book from French.

I have edited several leading crime imprints and was also the co-director of the Shots in the Dark film and literary festival on London’s South Bank.

My favourite books, as myself, are ‘Life in the World of Women’, ‘Skin in Darkness’, ‘The State of Montana’, ‘I Was Waiting for You’, ‘Confessions of a Romantic Pornographer’ and ‘Ekaterina and the Night’.

I can be found on Facebook but not on Twitter as there are not enough hours in the day.

I don’t write traditional crime books, to the extent there have seldom been any actual police officers in my books and stories. I’m fascinated by human psychology and interaction, sexuality and the way we humans live so many inner contradictions. This leads to so many stories, with, I hope, characters who are are flesh and blood (and have a sex life) and not just ciphers. 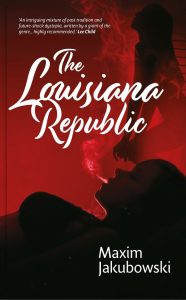 I’m not an ideas person per se, and more of a ‘what if’ sort of author, taking situations I encounter in real life or in my imagination and taking them as far as they can in a bid to understand the humanity (or inhumanity) of my characters.

This means, as mentioned before, that there are no cops, nothing is based on real life events, and owes more to the sometimes dark twists of my imagination. As a result my books are ‘Marmite’ ones, which people usually love or hate, and characters likewise.

When I am writing a novel, or a short story, I am terribly disciplined, after sometimes whole months of procrastination. I normally rise at 7 am and write until 11 or until I have around 2000 to 2500 words; the rest of the day is leisure, reading, watching movies, living. I always write to the sound of rock music (I worked in the Virgin empire, used to write for New Musical Express’ and am devoted to music, even though I cannot play a single instrument. I travel a lot because of family circumstances and try and adhere to this routine whether by a beach, a pool or on a cruise.

I will cheat. There are two books I am deeply jealous of (with uncanny resemblances, although neither author was ever aware of the other) and I was even the publisher of the first in the UK.  Respectively Marc Behm’s ‘Eye of the Beholder’ and Emily St John Mandel’s ‘Last Night in  Montreal’. They both made me cry, hold my breath and metaphorically weep with sheer admiration. About people who are lost to their faults, about fleeing your fate or other people, about ghosts of the past, about love attained and jettisoned. In short all the things I always seem to write about myself, even when I try and achieve something different. And even they are not strictly canonical to the genre, they are definitely crime thrillers by a nautical mile.