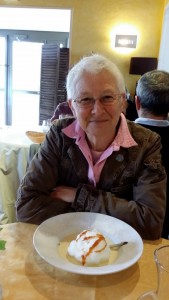 My name is Lesley Tither but I write crime fiction as L M Krier. I’m a retired journalist/copywriter/copy editor who has also worked for the Crown Prosecution Service. My crime fiction books are the DI Ted Darling series: Baby’s Got Blue Eyes, Two Little Boys, When I’m Old and Grey and Shut Up and Drive, which was published 1st March 2016. A fifth book in the series is scheduled for release later in 2016, with more to come after that, hopefully. Find me on Facebook, plus follow me on Twitter as @tottielimejuice.

It’s always been my preferred genre to read, from reading Agatha Christie as a child, through Ed McBain in my teens, to an eclectic selection these days. It’s also what I like to watch most on television. Bizarrely, it never occurred to me to try to write it. I’ve previously written non-fiction, a series of travel memoirs about my move to France. Then I had a dream. I really did. One night a complete synopsis for something different from the norm took up my dreams so when I woke up, I started to get it down on the computer. It seemed to work well, so I went on to write and independently publish four books in the series within a year. I’ve also written a children’s crime fiction book which will be published later in 2016. 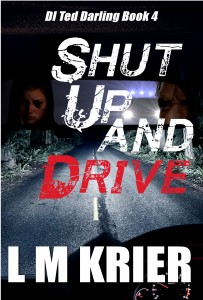 As a former journalist, I did lots of court and coroner’s court reporting. Then with the CPS, I handled files for all kinds of criminal offences. I tend to see something in the news, in current affairs, which gives me an idea which I start to run with. My second book, Two Little Boys, on the difficult subject of paedophile rings, gave me a chance for a bit of ‘what if’, to slide in a few pet theories of my own under the guise of fiction.

I write a lot in my head, while I’m out walking my dogs or gardening. I’ll work through passages of narrative or dialogue, kick them round a bit mentally. Then when I get back to the house I type them up while I can still remember them. Being an older writer, my memory isn’t quite as sharp as it was!I tend to write a chapter or two a day and always edit as I go. Then I send the day’s work to a good friend whom I call my Alpha beta reader, who gives it the thumbs up – or down, quite often, which is a good thing. Then I’ll polish it a bit more before moving on to the next. I keep what I call the Ted Bible, where I note details about each character for consistency – taste in music, favourite food, anything like that.

That’s a massive question! I think the ingenuity of a classic like Agatha Christie’s And Then There Were None (although it wasn’t called that in my day) will probably remain the benchmark for years to come. For me, any book is only as good as its character so if I could bend this question slightly, I would have to single out Ian Rankin’s John Rebus as a masterpiece. I know I would just want to slap the man in real life, but I still love reading about him. That’s the craft of a great writer.