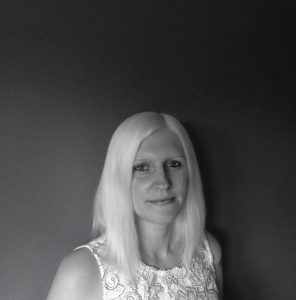 My name is Louise Mullins and I’m a wife, mother, author, psychological therapist and student, training as a forensic psychologist. My first love is historical fiction and my first novel, The House Of Secrets, published in 2013 was the result of two years of research into the lives of the residents of Oldbury Court, a historic mansion local to where I live in Bristol. I had the notes written up but didn’t begin to write the novel until my nan had passed away. She was a huge influence on my life and I channelled my grief through writing about it.

Some aspects of the novel are based on events she shared with me, including meeting my grandfather at the bottom steps of a hotel she worked in. The book took me about five months to write and two months to edit. It wasn’t until it had been published that I sat back and realised I’d written a historical crime novel. My subsequent novel, Lavender Fields, followed suit, based partly in Cornwall where I lived for a while.

In 2015 I wrote my debut psychological crime thriller, Scream Quietly, based on my own experiences of domestic abuse, though the incidents in the novel were purely fictional. The book was an instant hit and was listed as one of the Goodreads books of the month and I later signed a contract with a US film producer for the novel to be adapted into a movie. It’s due out sometime in 2017.

Damaged, a serial killer thriller, later became an Amazon bestseller, followed by Why She Left, The Perfect Wife and One Night Only.

My current novel, The Woman in the Woods, about a missing woman who is later found murdered will be published by Bloodhound Books — OUT TODAY, July 19th!

You can buy all of my books direct from my website, HERE. I also have a Facebook Author Page where you can join in on discussions, take part in quizzes and read book reviews.

I never thought I’d end up a crime writer, it just kind of happened. For some reason that first novel resulted in a murder and despite my plans of writing a love story for my second novel, that too ended in murder. I guess you could say, I fell into it!

Working within mental health and studying forensic psychology I come across a lot of real life crime cases. I’ve written case studies on individuals who have addiction problems, and the majority of them have suffered some kind of childhood abuse. A lot of individuals who experience recurring depression and anxiety disorders, have histories of domestic abuse or rape. Both of which are silent crimes. I am an advocate for speaking out about these silent subjects and take part in lobbies and demonstrations. 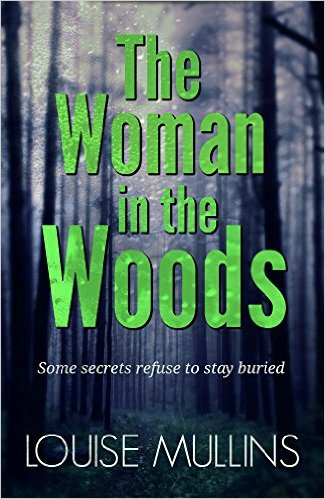 My typical writing day includes a cup of coffee in one hand, my notebook beside me where I list plot ideas, timelines, or chapter notes and my laptop (that now has half the letters missing from the keys) on my lap. I begin writing as soon as I’ve dropped my two oldest children to school and write from 9:00am until 1:00pm when I stop for a lunch break, a cigarette and then return to my writing world for another two hours before leaving for the school run once more.

I get off-days, but I always try to do something writing-related even if it’s a bit of editing, marketing or book promotion. I’m also an avid social media procrastinator and I read a lot.

5) Which book do you wish you’d written and why?

I don’t really have a favorite book, so it’s hard for me to choose one book I wish I’d written, but the one person who I aspired to for my first novel, is Charlotte Bettes. She writes historical romance, but her books always include a darker edge. There is always something beautiful overshadowed by something ugly or sad, and the way she writes sends you straight into the past convinced you never want to leave.

One recent author who has blown me away with her gift in writing compelling fiction that you cannot put down has got to be Catherine Ryan Howard. Distress Signals has got to be my favorite read of 2016 so far. Each chapter left on a cliff-hanger and told you something new. The suspense left me turning the pages late into the night and I daresay she is an author to watch out for.

A lot of authors have inspired me, but off the top of my head, I’d say that Paula Daly, Luana Lewis, Kathryn Croft, and Thomas H. Cook’s unique originality and ability to portray their characters and the events they are forced to confront in a realistic way demonstrate the very best work in the genre.