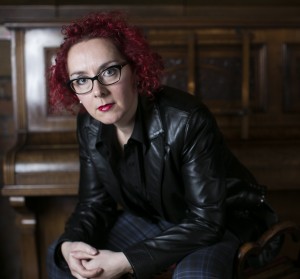 Hi. I’m Marnie Riches, author of the George McKenzie crime thriller series. You can follow me on Twitter as @Marnie_Riches and find me on Facebook, HERE.

The Girl Who Wouldn’t Die launched to great acclaim in April 2015, where people met George – an aspiring criminologist on her Erasmus year in Amsterdam – for the first time. The book won a coveted Dead Good Reader Award and spent weeks in the Amazon Kindle top 100. My second instalment – The Girl Who Broke the Rules – made it into many book bloggers’ top reads of the year.

The third book, The Girl Who Walked in the Shadows launches TODAY – 31st March – and is the darkest story yet … In the midst of an Arctic freeze that has covered Europe in a thick blanket of snow and ice, George, now a Doctor of Criminology, finds herself helping Chief Inspector Paul van den Bergen in his search for a serial killer who leaves no forensic evidence behind – Jack Frost. Their hunt sparks a dangerous, heart-rending journey through the toughest neighbourhoods in Europe, where refugees and the Roma scratch a living on the edge of society. Realising the murders might be connected to the cold case of two missing toddlers, George walks into the dark, violent world of a trans-national trafficking ring. But can she outrun death to shed light on two terrible mysteries?

I enjoy looking into the dark heart of our society; examining what lies beneath the veneer of respectability. The rise of trans-national trafficking and global black markets has changed the face of criminality in the UK and mainland Europe. We see men, women and children from the poorest nations in the world being trafficked across continents to work as slave labour over here, often in the sex industry or drugs trade. I’m interested in the reasons why people fall prey to traffickers and why criminals – murderers in particular – commit the heinous crimes that they do. What differentiates them from ordinary, law-abiding citizens? So, my crime fiction reflects my own interest in global poverty, greed, the human condition and our corruptibility. 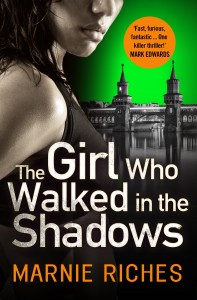 This series is set mainly in the UK and Amsterdam but also takes in other international destinations, such as Berlin, New York and even Cambodia. Having studied German and Dutch at university, I have always taken an interest on how countries and cultures connect with one another. I’m very interested in reading world news and traveling far afield when I can, but am always dismayed by the levels of poverty and brutality that go on in developing countries – either because of political instability, corruption or natural disasters. The domestic crime that I read about in the news often has its roots in troubled places further away. I want to reflect this cultural richness and complexity in my writing.

I get to my desk as early as I can – if I wake at 5am, I’ll often write a great deal before my family rises. I tend to slow down during the day, as social media saps my attention. Around book launches, I have to write content for blog posts, etc… and engage with readers on Twitter a lot. My concentrative powers kick back in after dinner. As I write two books per year, I need to produce a steady 2K words per day, every day, so I’ll just sit at my desk until I’ve got them down – made trickier by having two school-aged children. Discipline is a must.

If only I’d written The Silence of the Lambs before Thomas Harris bagsied it! Hannibal Lecter is my favourite anti-hero. He’s such a dashing villain with his fluent command of Italian, love of art and his expert knowledge of psychology. A true epicurean with a deadly taste in meat. Clarice Starling is a pretty great FBI trainee too, though she’s upstaged by Hannibal.

The other perfect crime thriller for me is Umberto Echo’s The Name of the Rose. I’ve forgotten to mention it in previous Q&As but it really is a fascinating, gripping story set in a medieval monastery. Very stylish, with a richly drawn historical backdrop.