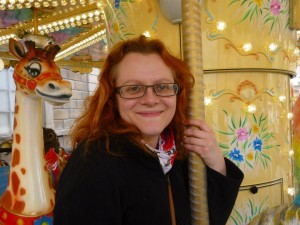 I am Megan Goodenough, aka @book_meg. My first self published novel is A Company of Roses.

The book is about Cas: when her best friend disappears after a drunken night out, she’s drawn into a hunt for an Elizabethan treasure that holds the answer to a very modern, very dangerous, conspiracy. Pursued by a criminal gang, then hunted by a former Russian spy, it’s a good thing intelligence agent Reuben is there to watch her back – but can she really trust him? The end of the journey is more personal than she could ever have imagined as she finally unearths the British Government’s most well-kept secret and faces the organisation sworn to protect it.

I’ve always been drawn to stories with plenty of action and intrigue. Years ago I went on a Writing Crime Fiction evening course and soon afterwards work I did was shortlisted for the Crime Writers Association Debut Dagger Award – there’s nothing like a bit of success to get you hooked! I think crime fiction has the possibility to examine any theme or situation that an author wants. 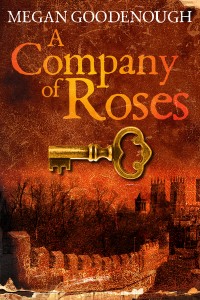 I always start with a concept. For A Company of Roses: what if a piece of modern art held the key to an ancient conspiracy?

Places and landscapes are really important to me – the novel is set in York, Derbyshire, London and the English countryside. So are objects: they can carry stories over a thousand years, no matter how many hands they pass through.

The one thing I never do is sit down in front of a screen and command myself to write. I make notes during the day, usually with the other hand stirring pasta sauce, or when I’m on the bus or something. Then in the evening I sit down and type them up … Sometimes that takes me into an evening of writing.

I just read The Moonstone by Wilkie Collins. I particularly love the sections by a totally untrustworthy narrator, she misunderstands absolutely everything in such a hilarious way, but the reader totally knows what’s going on. It’s masterful, and a total page turner well over a century after it was published. I think every writer would love to think that people will still be enjoying their work a hundred years from now!