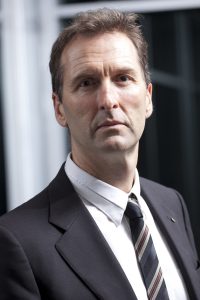 1) So, who are you & what have you written?
Hi. I’m Paul E Hardisty.  I live in Western Australia. I am an engineer and environmental scientist. My first book, The Abrupt Physics of Dying was shortlisted for the CW Creasy New Blood Dagger, and was one of the London Telegraph’s 2015 thrillers of the year.
The sequel, The Evolution Of Fear came out last year, and the third in the series featuring Claymore Straker is out now, and it’s called Reconciliation For The Dead. All three are published by Orenda Books.
I have also written a bunch of technical journal papers about water resources, pollution clean-up, climate change and environmental economics, and two textbooks, both published by CRC Press in New York.
I have just completed a stand-alone novel which is based on a linked collection of short stories, called This Turbulent Wake We Leave (provisional). It’s a departure from the stuff I’ve done before, more literary, about love and loss and regret and growing old. Right now I am working on the fourth (and perhaps last) Claymore Straker novel, The Debased And The Faithful, which should be out in 2018.
2) Why do you write crime fiction?
I don’t actually think of myself as a crime writer, more as just a writer. I have tried, in Abrupt Physics Of Dying, and the other Straker novels, to meld thriller-like excitement and action with literary sensibility and what I hope is good prose. I am trying for something a bit different, a bit genre-bending if you like, integrating contemporary themes with modern prose inflected with mathematics, physics, geology, biology, cosmology, and philosophy, and a telescoping between the micro and macro that might be termed fractal. Sounds a bit crazy, I know. But I don’t want to write the same stuff that’s already been done a thousand times. That’s more of the what, I guess. I write because I care deeply about the environment and social justice. All over the world, the natural world is being plundered and destroyed to generate short term profits for a few, while hundreds of millions go hungry and lack even the most basic amenities. I write for all of those getting screwed over, human and not.
3) What informs your crime writing? 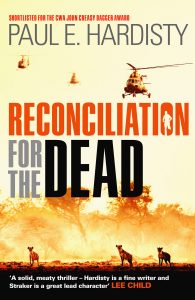 I have been lucky enough in my life and career to have worked all over the world. I have witnessed first hand civil war, the fall of nations and regimes, extreme poverty, displacement, and the destruction of reefs, wetlands, forests, communities and water supplies. Much of this forms the basis for my writing, as does the thirty years I have spent studying and teaching natural sciences, economics, and engineering.
4) What’s your usual writing routine?
I can only write fiction in the morning. If I’m not in full time employment, like now (I resigned from my Director’s position at Australia’s national science agency 6 weeks ago to focus on my writing for a time), I get up early and write until I run out of steam, usually by noon or so.
In the afternoons I do physical exercise (run, bike, swim, martial arts, hiking, depending on where I am), and after that I do the other side of the job – correspondence, social media stuff, promotion, etc. In the later afternoon, I’ll often do some plot work, so that I know roughly what I want to work on the next day. In the evenings I always leave it completely alone, reading, spending time with family and friends, watching a movie. By the time the sun comes up, I’m raring to go.
5) Which crime book do you wish YOU’D written, and why?
Night Over Water, by Ken Follett.  I read it a long time ago and remember loving it. So compact and intricate, set in a fascinating time in history, and full of great characters.  Plus I’m a pilot and love when flying is a part of the plot.