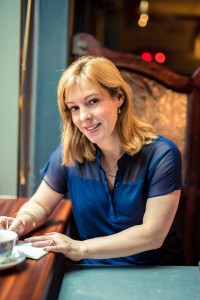 I am Ruth Dugdall, an award-winning crime novelist. I can be found on ruthdugdall.com or @ruthdugdall (Twitter) or Ruth Dugdall author (Facebook).

My first novel, The James Version was a fictionalised account of a notorious Victorian murder, Maria Marten in the Red Barn. It took years of research, and I initially self-published it.

I started to write The Woman Before Me the night I gave birth to my son, in February 2005, and later that year it won the Debut Dagger. It is about a woman who becomes obsessed with her lover’s ex-wife, whom she meets in hospital when they are both having babies. It took five years until the book was published but it remains my bestseller and rights were sold in several other territories:

The following year, 2011, brought my darkest and most controversial novel, The Sacrificial Man, about a woman who kills and eats her lover with his consent. 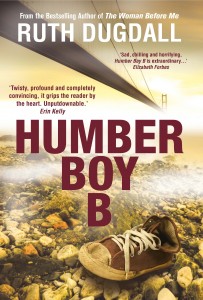 I had a gap in publishing, and then two novels came out in 2015. Humber Boy B is about a 10 year old who throws his best friend from the Humber Bridge, and the subsequent consequences.

Nowhere Girl is set in Luxembourg, and is about a teenage ex-pat who goes missing at the annual fair.

I’ve always had a fairly morbid mind, and been attracted to darker subjects. I can trace this back to my primary school days, even, and though I didn’t know it this was priming me for my future career as a probation officer!

It was working with criminals that gave me the insights I have into the deviant mind, and when I began to write it was natural that crime would take centre-stage. What I bring to the genre is a degree of authenticity. For example. Humber Boy B is about a high profile case, a child who kills another child, and for 2 years I worked on a specialist prison until for children guilty of crimes like this.

All of my books are inspired by real cases. The James Version is a fictional retelling of the murder of Maria Marten, and The Sacrificial Man is inspired by the case of Armin Miewes, the German cannibal killer. The other books are more of an amalgamation of cases, and the trigger from Nowhere Girl was arriving in Luxembourg and seeing local at the posters telling parents not to let their children travel unaccompanied to school, as there had been there attempted kidnappings in the area.

So I never know when a story will present itself to me, but it always comes from reality.

Once I have my idea I explore the story from the point of view of the criminal. This is what really makes my novels different, that commitment to the criminals’ point of view, and the belief that criminals are not evil; there is always something else driving them and this is what each of the books seeks to uncover. 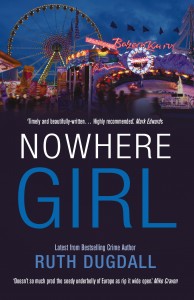 Right now, writing is my day-job. This means that after dropping the kids at school (because they can’t go unaccompanied!) I arrive home, put my bum on the seat and write. My goal is 1000 words when I’ll working on a first draft, and once I have sufficient wordage I begin the exhaustive editing process.

Later in the day I will respond to e-mails, or answer questions for features or blog articles. And then, in the evenings, I may well be speaking to a book group (which I do for free) or some other organisation. I never turn down anything, so usually there is something in the diary on most weeks.

I also talk at festivals. This year I’ll be at Felixstowe Book Festival in June, and Margate in August.

I wish I’d written Lolita. I think as an exploration of a paedophile’s mind, of the distorted thinking that goes on to enable the crime to happen, it is spot-on. Very creepy, very readable. I think to create just one thing as perfect as this, it would be possible to rest happy.

More recently I’ve been blown away by Our Endless Numbered Days by Claire Fuller. Such a great concept, about a survivalist father who takes his young daughter to live in a forest, after telling her the world has ended. I read it in one sitting and admired it greatly.

Thanks for interviewing me!