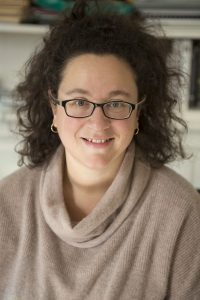 I’m Sophie Hannah: a crime writer, a poet and (more recently, and to my huge surprise) the co-creator of a murder mystery musical. My latest published book is Did You See Melody?. It’s a contemporary crime novel set in Arizona, though it has a British heroine who has kind of run away from home and ended up in America. (In the US, this same novel is called Keep Her Safe. Take care not to buy it twice – unless you particularly want to, that is.)

My first crime novel, Little Face, was published in 2006 and, in it, I introduced my series detectives, Simon Waterhouse and Charlie Zailer. Simon and Charlie are police officers who, in 2006, embarked upon a complicated relationship that is still not entirely sane or functional twelve years later (though they are happier now than they have been at various points!) My series books are trying to have their cake and eat it, in a way – each one is narrated by a first person heroine who is unique to that book, which gives the novels as much of a standalone feel as a series feel. And I also sometimes write completely standalone crime novels, such as A Game for All the Family (2015) and Did You See Melody? (2017) which comes out in paperback later this year. 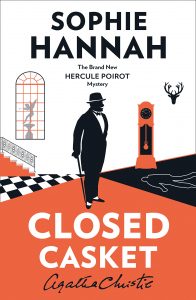 My all-time favourite author is Agatha Christie, so I was hugely honoured when her family and her publishers, HarperCollins, asked me to write a continuation novel starring Hercule Poirot. The Monogram Murders, my first Poirot novel, was an international bestseller, and so was its successor, Closed Casket, which came out two years later. My Poirot novels are published in 36 languages and 51 territories. I’ve just finished writing the third one, which will be published in August and is called The Mystery of Three Quarters.

Sometimes I write things that aren’t crime. I’ve written a supernatural novel called The Orphan Choir, which was published by Hammer in the UK and Picador in the US. My latest poetry book is Marrying the Ugly Millionaire: New and Collected Poems.

I’m currently working on not one but two secret (for the time being) projects, and a new contemporary standalone crime novel, Haven’t They Grown – details of which can be found on the ‘About’ page of my website.

My first co-written musical (mentioned above) is called The Mystery of Mr. E. Its next two stagings are going to be at the Noirwich Crime Festival in Norwich on Saturday 15 September, and at the Cambridge Literary Festival on Saturday 24 and Sunday 25 November. See the events page of my website for further details. 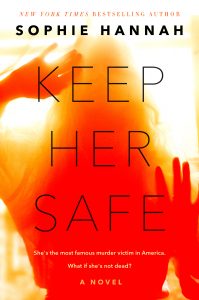 I’ve been a mystery addict ever since I read Enid Blyton’s Secret Seven series as a child, closely followed by her Five Find-Outers books. Once I’d got through them, it was a fairly natural progression to Agatha Christie, and then Ruth Rendell. For me, crime fiction is all about the mystery – that has to be the driving force. I think crime fiction is the best genre to read because it’s so close to real life, which is completely driven by the need to find out things we don’t know: who to trust, who’s telling the truth, etc. I love surprising plot twists which expand the imagination and which demonstrate that people are capable of strangenesses we might never guess at. There’s that big battle between good and evil – but in the best crime fiction, it’s not between good guys and bad guys; it’s a battle that goes on within individual people.

Above all, I’m interested in people’s psychology, and in psychological harm which can be more damaging than physical harm. The people we’re close to, the people who are embedded in our lives, can be the most dangerous people we meet. It’s hard to convince those around us that Auntie Maureen is a greater threat than a knife-wielding stranger – but often it’s Auntie Maureen who is going to do you the most lasting harm.

There’s always a lot of me in my fiction, and I often begin with things that have actually happened to me – although I add many details to make the scenarios fictional and more exciting. A few years ago, I went to a hotel in Manchester, England, and arrived very late. I was exhausted, and so must the receptionist have been, because she sent me to the wrong room – one that was already occupied! I let myself in and was greeted by a naked shaven-headed man, who was not thrilled to have been woken up and barged in on by a frizzy-haired, bespectacled crime writer! Luckily, I survived the experience. Unlike the heroine of Did You See Melody?, I did not end up convinced I’d just seen a girl who was officially dead but seemed to be very much alive. That’s a good example of how I take something from real life and then add to it to make it into a better and more thriller-like story. 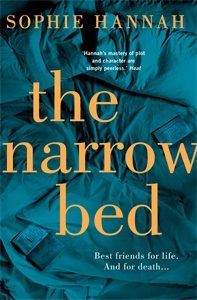 The first step is to notice a looming deadline and panic horribly, losing sleep and toying with the idea of faking my own death to avoid that deadline. The second step is to work flat out, because I have no choice – staying up till 3 am most nights. When I’m writing a first draft, my usual writing hours are 1 pm until 5 or 6 pm, and then 11 pm until 3 am if necessary. And, annoyingly, it usually is necessary. The third step is to collapse in a heap of exhaustion once the book is finally – somehow, miraculously – finished. That’s how I write my first drafts, but I should add that this is preceded by a lengthy planning phase which is much more sane and reasonable. Planning is my favourite part of writing, and I can’t imagine writing without planning: you wouldn’t build a house without a solid set of architectural drawings, after all. I’ve written here about why and how I plan my novels.

Right now, the book I most wish I’d written is the next one I have to hand in – because I’m already panicking about the deadline. Even the word ‘deadline’ makes me feel a bit queasy. But seriously … I don’t think it’s right to wish you’d written someone else’s book. What they’ve written is their own work, so coveting it is a kind of fantasy-theft.

However … there are so many books I hugely admire. I’m currently in major awe of Julia Heaberlin’s latest novel, Paper Ghosts. It hasn’t been published yet, but I’ve read the proofs and I think it is intensely gripping and beautifully written.