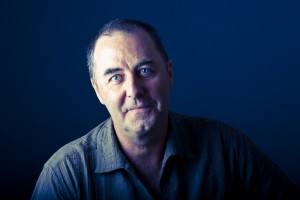 My name is Steven Dunne and I’m a crime thriller writer living in the city of Derby, which is where I set my novels. I self-published my first thriller REAPER in 2007 about a mentally damaged detective who mistakenly moves to the Peak District for a quieter life after a futile hunt for a serial killer in London. The rights were picked up by Harper Collins and it was re-released in 2009 as THE REAPER to critical acclaim.

A sequel, THE DISCIPLE, followed in 2010 before I moved to Headline to write four more books – DEITY, THE UNQUIET GRAVE, A KILLING MOON and the recently released DEATH DO US PART. A KILLING MOON has recently been shortlisted for a literary award.

I write crime fiction because I’m fascinated by what drives people to kill. Not killers who commit spur-of-the-moment murders but serial killers who are planning methodically, driven by some form of psychotic need for personal gratification. Inventing interesting reasons for killing fascinates me and my first question when creating a new serial killer is “Why do they kill?” That invariably tells me who and how they are killing and I work from there. 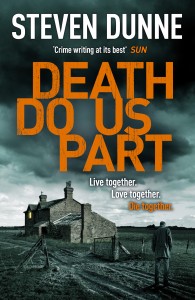 I start with a simple premise and draw out the idea from there. For THE REAPER, I asked myself if it was possible to create a disinterested serial killer, one who murdered not for his or her own physical or psycho-sexual benefit but for the good of society. I invented the Reaper’s psychology from that point.

I try to be methodical. I arrive at the desk at around 8am, spend an hour mooching around answering emails and tweets then try to get down to the job. I try to finish by 2pm so I can go for a swim but if it’s going well I might crack on until 5pm. Office hours basically. And no weekends until the deadline starts to loom!

THE SILENCE OF THE LAMBS introduced me, and millions of others to the idea that some killers took life for reasons that would be totally unfathomable to the majority of people who don’t share their drives and obsessions formed in unhappy childhood. It’s the perfect crime thriller and spawned an equally perfect film.