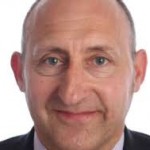 My name is Stuart Gibbon and I’m a former police officer who served for 30 years in London and the East Midlands before retiring from the police service in 2012.

A large part of my career was spent as a Detective in Major Crime. As a Detective Chief Inspector (DCI) I was in charge of Murder and other serious crime investigations. As such, I have considerable experience in the way police investigate crime and other police-related issues.

On leaving the service, I decided to set up my own business, GIB Consultancy. I now help writers by giving advice on police actions and procedures. It can be anything from how a missing person is investigated or how forensic evidence works to how the police would go about solving a Murder. 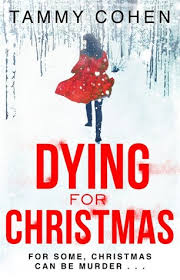 Writers generally contact me via e-mail through my website and either send me a list of questions which they would like answering, or send me a draft of the police procedural element of their work for fact-checking. Although most of my work comes from crime writers I sometimes get enquiries from writers of other genres who may want to include a police-related topic in their book.

My first written acknowledgement came courtesy of Tammy Cohen after I provided advice for the thriller, DYING FOR CHRISTMAS. (You can read Tammy Cohen on Criminally Good, HERE or click the pic on the right).

More recently I’ve been helping C.L. Taylor with advice for THE MISSING (just released and destined to be a massive hit!!) and her fourth thriller, currently being written. (Read CL Taylor on Criminally Good, HERE or click the pic below on the left).

I also talk with writing groups on the subject of murder investigation and have a couple of national conferences booked for later this year. It’s an interesting and rewarding job!

2) Why do you help writers write crime fiction?

I’ve always been interested in reading crime fiction and always wanted to help people, however I could, in my previous career, so decided to put the two together and so far so good. Also I think that if you are going to include police procedural in your book, it’s worth making sure that you get it right. That’s where I come in: NO question is silly, because if you don’t know the answer, then maybe I will!!

3)What interests you about crime writing?

It’s a really popular genre and with my background I like to read about the different characters (police, suspects and others) and try to relate to events I may have been involved in during my career. I also cast an eye over any procedural, just in case!! 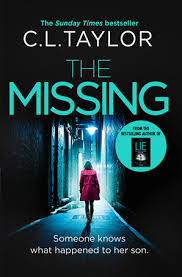 4) Can you tell us about any of the interesting topics you’ve helped writers with?

I’ve helped writers with many different topics including the role of the Coroner in suspicious deaths; how the police promotion system works; through to forensic procedures and court sentencing guidelines.

One of the most interesting was explaining how the police would deal with a person in prison who had confessed to a serious crime (you may
recognise this if you’ve read THE MISSING … If you haven’t, keep an eye out for it!!!

5) Who is your fravourite fictional TV detective and why?

Probably Vera as she isn’t your typical DCI and she is based in a part of the country where I was raised – The North-East! MORE: Check out this fab infographic detailing TV Detectives Thru The Ages.