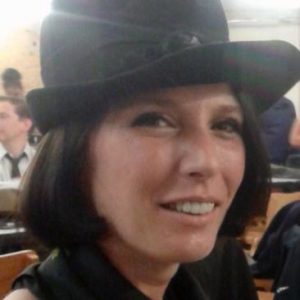 My first play, SIREN SONG, was produced at the Lion and Unicorn Theatre in 2013. My second play, the dystopian drama, RAPTURE, was previewed at the Barons Court Theatre in 2015 and received a full run at the Etcetera Theatre in June, to critical acclaim and financial ruin! Here’s what reviews said about it:

I was recently longlisted for the Old Vic 12 playwright scheme and my latest play, SOLD OUT, will be produced by Rubber Duck Theatre next year. I also write television and I currently have a drama series under option with Hat Trick Productions. I was selected for the EastEnders shadow scheme this year.

Other projects include children’s drama THE NETWORK – a serial about a group of teenagers running their own social networking site – and JANGLED, a comedy drama about identity, belonging and mental health in a world where everybody is different shades of crazy.

2) What is RAPTURE about?

The play was written to suggest a dystopian, extreme vision of how the world may look in 2063. In the light of recent and current political events, our disturbing story now seems ominously prescient. The script is littered with references to the state of the nation in 2016 but it refers to this world in the past tense and presents us with a vision of what the UK may become within our lifetime.

In RAPTURE, the world is overpopulated. The planet is being eroded and polluted by a powerful and destructive species: humanity. The UK government has decided that it’s time for a cull, but they’re not monsters; this is a pragmatic genocide, democratically voted for. 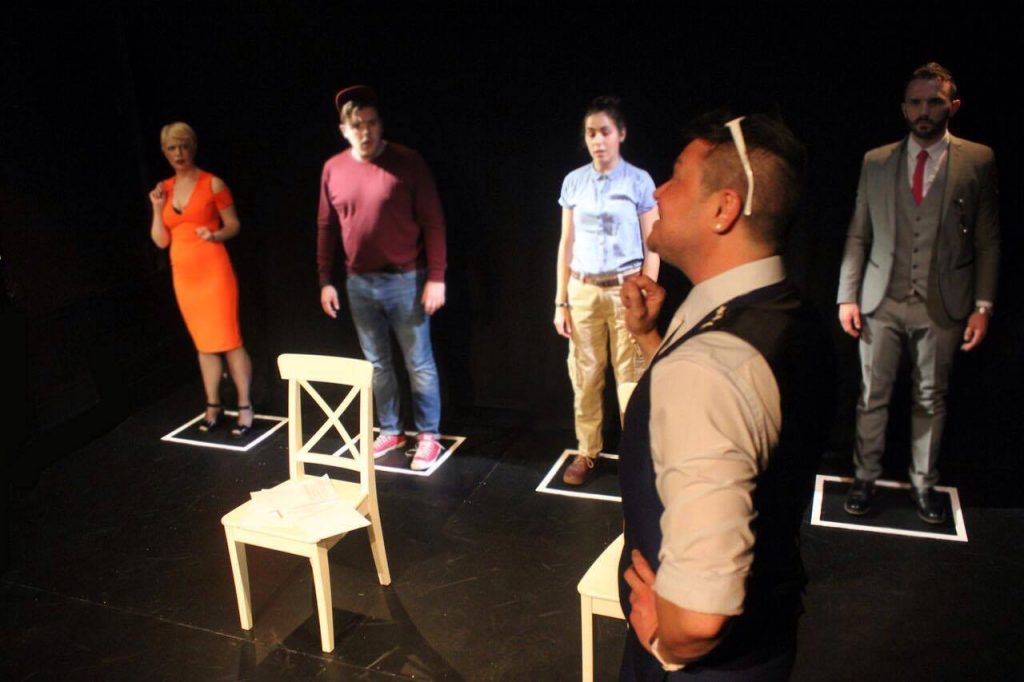 This is a play which explores the catastrophic results of a political vote. We could never have anticipated that it would resonate so pertinently in the here and now. After the last show, following the EU referendum result, audience members described it as “horrifyingly relevant” which is a frightening compliment to receive.

In this world which seems to be tearing itself apart, RAPTURE propositions a future in which humanity has audited itself and discovered itself lacking. The script is full of dark humour, the central character is both comical and sinister and our audiences swing between laughter and horror as they are asked to consider the point of, not just their own lives, but all human life. 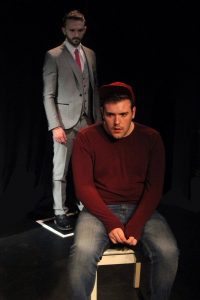 The trigger was my dad, who sits in front of the news, shaking his head in dismay and muttering, “Human beings!” This play was me taking my dad’s despair at the human race and giving it a platform.

This was tempered by a quote that stuck in my mind from an episode of Doctor Who (which is often dystopia for children):

“We are all stories in the end. Just make it a good one.”

In RAPTURE I wanted to make the audience question their own life stories – are they ‘good’ ones or do they need a rewrite?!

4) What is your writing routine?

My writing routine is appalling. I wouldn’t recommend it to anyone, but I bet it’s familiar to all writers. I turn my laptop on in the morning, I make tea and toast, I open Final Draft (writing program), I check Facebook and Twitter, I write a couple of pages, I make more tea, I send some Whatsapp messages, check Facebook and Twitter again, write two more pages, have lunch, repeat after lunch.

For me, the most important part of my writing is done when I’m not writing. It’s the thinking – you have to give yourself time and space to think, when not sat in front of a keyboard. Most of my ideas are formulated in the bath (sorry if that’s TMI!). 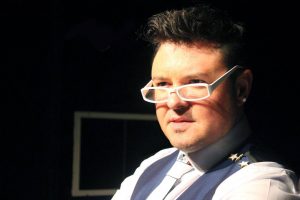 5) Which dystopian story do you wish YOU’D written?

There is a play called THE NETHER by Jennifer Haley,  which explores the dark side of the internet in a world where virtual reality runs parallel with the real world. It is a play about paedophilia and probably influenced my creation of one of the characters in RAPTURE (Ossie is a non-practising paedophile).

The production I saw was visually stunning and presented the virtual world as full of golden light and beauty compared to the dull, flatness of reality. It plays with the audience’s preconceptions of what is ‘right’ and ‘wrong’ and you emerge feeling wholly unsettled. Which is exactly what dystopian stories should do.

Our current society needs to stop being so divisive. I think there must be something in our DNA which makes us resent and fear each other. The lack of compassion for the Syrian refugees, staggers me. It is racism, simply, which is born of fear. But I understand the feelings behind people who say we should, “Look after our own, first.” We should look after EVERYONE.

What we need is a good alien invasion and then we might realise that we’re all on the same team!