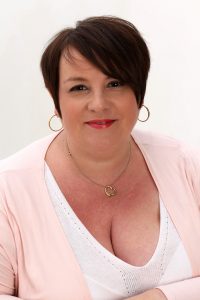 Something a little different today … I have Virginia Heath, author of the King’s Elite books sharing her writing journey today! I am always fascinated by writers’ journeys through their careers and books. Be sure to check out Virginia’s latest book, The Mysterious Lord Millcroft. Here’s the blurb:

Life as a duchess … Or something much more dangerous…?

Constantly told her beauty and charm is all she has to offer, Lady Clarissa is intent on marrying a duke. And intriguing spy Sebastian Leatham will help her! Only first she’ll assist him with his new assignment—playing the part of confident aristocrat Lord Millcroft. Sebastian awakens a burning desire within Clarissa which leaves her questioning whether becoming a duchess is what she truly longs for … GET YOUR COPY HERE.

Over to you, Virginia …!

I’ve always written, and knew I always wanted to write fiction, but only seriously began pursuing my dream four years ago when I quit teaching history to write.

I wrote several attempts at a historical romance – four to be exact – before I thought up a title, That Despicable Rogue. As soon as I had the title, the rest just flowed. I’m not a plotter. I tend to make it all up as I go along and as soon as I finished that book I knew it was different to its predecessors. Fortunately, so did my publishers and it became my first fiction novel to actually grace the bookshelves.

While my debut novel is undoubtedly significant, my second, Her Enemy at the Altar is somehow more so. That’s because the neurotic, self-doubting, creative part of me did fear I might be a one-book wonder even though I had been initially contracted on a two-book deal. Being able to construct a second story on a deadline was a huge relief and extremely cathartic. I discovered that not only could I write a second book, but that I could pour every new thing I had learned into the next one to make it even better than the first. 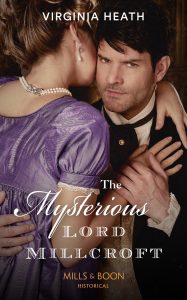 My third book was the first of a three-book contract. That new contract made me relax and really begin to enjoy the process of writing a story. The Discerning Gentleman’s Guide came about as a result of too much prosecco and a history documentary on the BBC. There was a segment on Georgian etiquette books and it got my wine-addled mind thinking. What if I based a book around one, using snippets at the start of each chapter? And what if I made the hero write a bestseller, telling eligible men how to select the perfect bride?

Six weeks later, and the book was written. It flew out of my fingers and made me laugh out loud as I typed it. Having it shortlisted for the RoNAs (Romantic Novel of the Year Awards) was the icing on the cake!

After that, I wrote my take on Cinderella and tackled my first series – The Wild Warriners – which really caught on with readers, reviewers and bloggers to become my bestselling books so far and I love each and every one of my handsome Warriner brothers equally.

However, Joe’s book, the third book in the series, stands out because it covers some pretty difficult topics while the hero and heroine fall in love. PTSD, the barbaric treatment of mental health during the Regency, the war between new-fangled science and centuries-old medical practices and a smallpox epidemic. The research was huge and weaving it all in without lecturing the reader was very hard to do.

But I enjoy research … So much so, I went off and did another load on Regency smugglers and spies for my new King’s Elite series! I uncovered a fascinating, subversive world which I’ve hopefully brought to life in the first book of the quartet, The Mysterious Lord Millcroft. A murky world which shifts and deepens as the series progresses and my four spies get ever closer to uncovering the criminal mastermind behind it all. I’m currently writing the last King’s Elite book but I already have a new contract for five more stories. Who knows where those books will take me?