Top 10 Witches In Books And On Screen

Many thanks to Syd Moore, who’s written this great post! I am a big fan of witches myself, so make sure you check out Syd’s Book, STRANGE MAGIC, published this week. Enjoy! 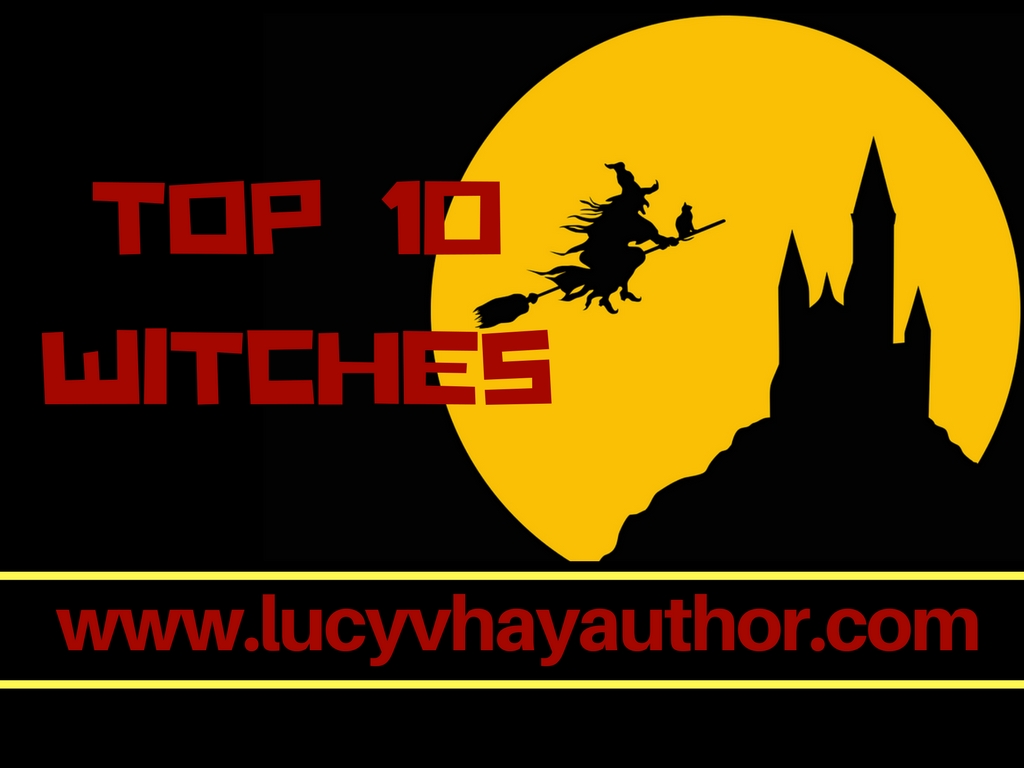 This top ten of witches in books and on screen has actually been quite difficult to write, mainly because there are just so many great ones that I couldn’t fit in.  I have had to jettison some of my favourites such as Misty the Blue Witch, who was the cover girl for the spooky comic I read as a child. Between its pages my imagination was stirred so powerfully it ignited a lifelong interest in the supernatural.

I also had to omit the Owens sisters in Alice Hoffman’s Practical Magic who transformed on screen into Sandra Bullock and Nicole Kidman. Hard to forget that dazzling duo of wyrd sisters! So, without further ado …

10) Miss Price in Bedknobs and Broomsticks

Angela Lansbury plays a young(ish), not particularly child-friendly trainee witch in this great children’s comedy. Part animated, part live action, the plot follows Eglantine Price, a conman and three evacuee children in their quest to find the ‘substitutiary locomotion’ spell on the Star of Astoroth. It’s got German soldiers, football, a talking bear, dancing clothes and of course broomsticks all of which are sensibly navigated by the wonderful Ms Lansbury. Eglantine Price is a great character, both magically active and dedicated to her craft, whilst also very English and pragmatic. What more could one wish for in a witch?

9) Circe – The Odyssey by Homer

The goddess of magic, witch and enchantress Circe was the daughter of a sun god and an Oceanid nymph. Sometimes she is also referred to as the daughter of Hecate, the goddess of witchcraft. Either way, in The Odyssey she was definitely pretty witchy. Odysseus happened upon her, living in a mansion, keeping lions and wolves as pets.  Presumably unimpressed by the behaviour of his men in her house, she created a magic potion and turned them into pigs. Subsequently she seduced Odysseus, the hero, and kept him on her island for a year before dismissing him.

Loved by the Pre-Raphelites, she is often portrayed as a beautiful redhead with luscious long hair, bedecked in gold bands and long flowing robes; a kind of prototype hippy goth. She’s sexy and sensuous. Circe knows what she wants and isn’t afraid of using magic to get it.  You’ve got to love that!

A contemporary film with the aesthetic of a technicolour Hammer Horror, The Love Witch is a strong take on women, witches and sexuality.  It celebrates kitsch in a serious way. Along with her cinematographer M David Mullen, Biller has reproduced an array of classical camera styles. The costumes are luscious too. In the film, Elaine, the eponymous Love Witch, seduces men with love potions and beds them with fatal consequences. Its feminist take on sexuality and the exploration of the ‘female gaze’, combined with the stylish visual feast means it’s destined to become a classic of the genre.

7) The Witch – A New England Folktale

This had quite an effect on me when I watched it last year. At first I didn’t know what to make of it but slowly I realised that it is actually a very clever film. Set in New England, in 1630 it follows Thomasin, the daughter of William and Katherine who along with their young family have settled on the edge of a dense wilderness. When their baby son inexplicably vanishes and the crops fail, the family begins to turn on one another.  Anya Taylor-Joy is compelling as the troubled teenage Thomasin and puts in a masterful and ultimately chilling performance.

Robert Eggers, the writer and director, undertook a huge amount of research into the witch trials and the resulting story reads as if the testimony of witnesses and accusers swept up in various witch hunts was true. I won’t give any spoilers away but the ending is quite unsettling.

6) The Witches of Oz in The Wizard of Oz

Both the Witches of the West and North have become iconic in Western culture. The Wicked Witch of the West got her own book and West End show with Wicked, a revisionist tale, which gave the background to her life. She’s wilful and cantankerous and cackling.

Not all witches have to be good, but of course Glinda, The Good Witch of the North, both in nature and appearance, very much is. She looks like a fairy with her puff pink sleeves, crown and wand, but she is rooted firmly in witchcraft, reminding us that sometimes good and evil are purely matters of perspective. 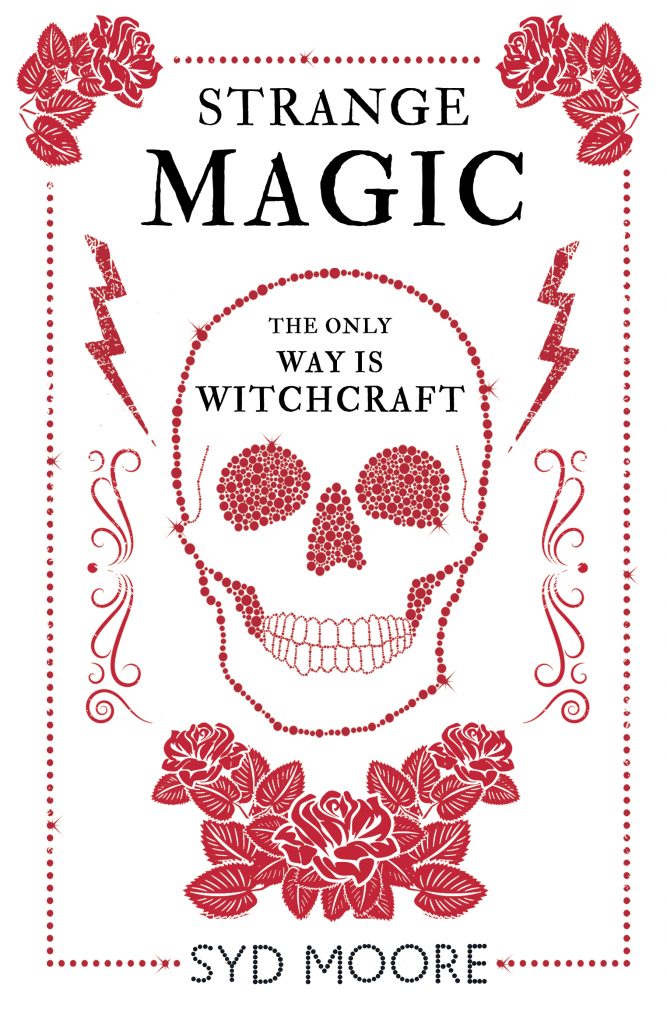 First screened in1966 The Pogles was part of the Watch with Mother series. One episode, featured a dark crow-like witch. She was ahead of her time, sporting black and lace goth robes, although she still employed traditional occupations such as stealing babies and trapping husbands in wicker cages. She was also funny – sarcastic with a sharp tongue.  Following her discovery, accusations and insults are traded between Mrs Pogle: ‘you power peeving hag’, and our anti-heroine, the witch: ‘Words Mrs Pogle! What rude things you say! I shall make you into something that won’t talk.’

The episode neatly observed the conventional pattern of neighbourly accusation, subsequent persecution and then burning of the witch. It mirrored the European witch hunts of the 16th and 17th centuries which resulted in the wrongful deaths of thousands of those falsely accused. This programme, however, was aimed at pre-schoolers. Despite the comfy Bagpussian narrator, The Pogles was simply too starkly realistic – the episode was canned for scaring the crap out of its infant viewers.

Jessica Lange has been mesmerising in all her roles in this franchise US TV series but as the ironically titled Fiona Goode, she peaked. Supreme Witch of the Salem Descendants, Goode is on a mission to find eternal youth and guide her charges into an understanding of their true power. She’s glamourous, loves both her luxuries and her men.  In Fiona Goode, Lange has created a vision of female middle-age which unlike many contemporary depictions is magically powerful, ambitious and autonomous, and still very, very sexy. About time we saw more of this sort of characterisation on screen.

My son narrowly escaped being called Willow after this wonderful witch. The whole Buffy series was absolutely brilliant. Witty, subversive, intelligent and entertaining though often overlooked because of its quasi-comic book title. The show explored many challenges faced by young people as they transition into adulthood and discover their identity and sexuality. Willow, who found her soulmate in fellow witch Tara, is a complex character. She is, by turns, innocent, noble, powerful, benevolent, funny, then defiant and downright terrifying. One allegorical theme in series six explores Willow’s sordid addiction to magic and her pained search for her true identity. Conversely, Under Your Spell, her duet with Tara from the musical episode Once More With Feeling is in my humble opinion one of the sweetest most enchanting love songs I’ve ever heard.  Beautiful and scary!

2) Margarita in The Master and Margarita by Mikhail Bulgakov

Set in the 1930s the main plot concerns the Devil’s visit to Moscow in the very atheist former Soviet Union. He arrives with a huge talking cat called Behemoth, and a crew of odd looking deviants – witches, valets and vampiric-looking nasties – who wreak havoc on the city. Margarita dominates the second half of the novel. She is invited to the Devil’s midnight ball on Good Friday and offered the chance to become a witch. She accepts and learns both to fly and control her passions (mostly) and, on one imaginatively evocative night time flight, swoops sky-clad over forests and rivers to Moscow. The Devil grants her a magical wish and, after saving a woman from a particularly nasty eternal damnation, she asks to be reunited with her lost lover, The Master.

Margarita is memorable for her strength, fearless nature and passion. The book itself is both satire and unconventional love story; one of the best of the Twentieth Century.

My parents wanted to call me Elizabeth but my cousin nabbed it, so instead I was named after the protagonist in this splendid 1960s series. It triggered an affinity between my family and the kooky nose-twitching housewife-cum-witch. For the first time, in my mind, witches became something that it was possible to look upon with affection. And legitimately so, for it seemed the whole world was in love with the sunny-natured Samantha and her strange female relatives: Tabitha, her cute witchy daughter, and Endora, her sharp, muggle-loathing mum.  Samantha was loyal to her mortal husband and although she tried hard to conceal her magical abilities, she couldn’t help giving in to her true nature. She was, to be blunt, refreshing and just lovely. As Darrin, her husband, was known to repeat, ‘Samantha, you’re one witch in a million.’ 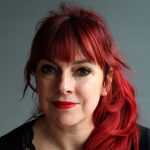 STRANGE MAGIC by Syd Moore is published by Point Blank, an imprint of Oneworld on 4 May, paperback £8.99.