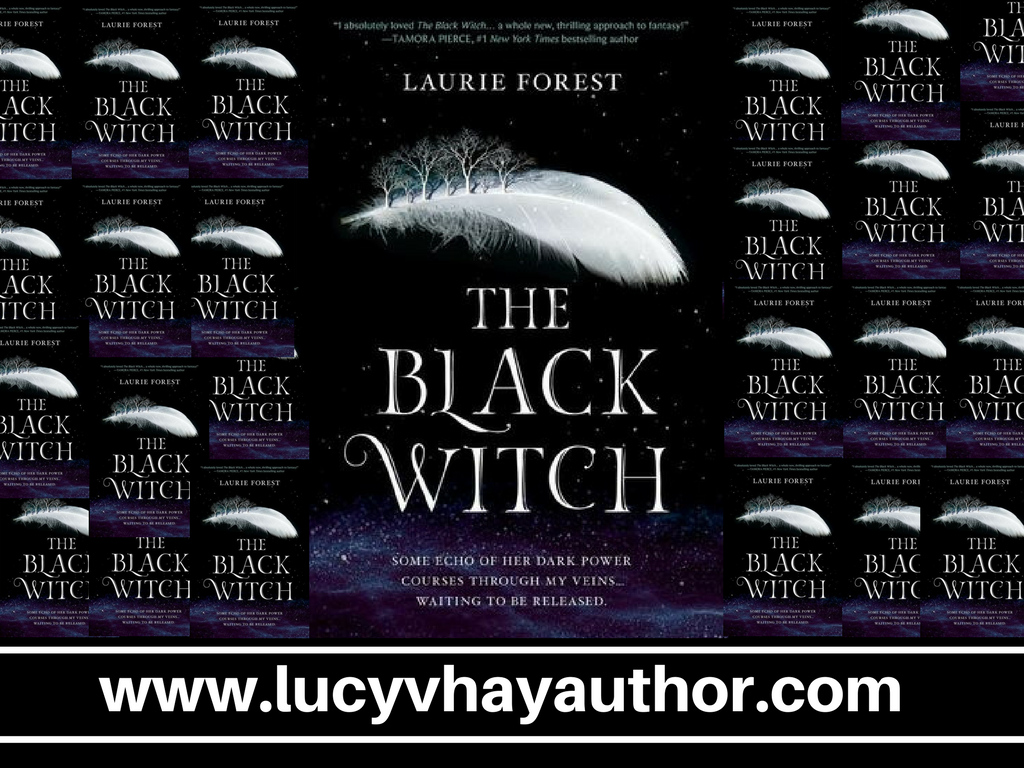 As someone who enjoys YA books and (mostly) enjoys being Twitter, I watched with interest when Vulture article The Toxic Drama On YA Twitter dropped three or four days ago.

I do not read fantasy books as a general rule, but as both an author and reviewer on Goodreads, I was already aware of the controversy surrounding The Black Witch by Laurie Forest. For the uninitiated however, this is a YA fantasy title that’s supposed to be anti-prejudice and anti-racist, but has been blasted as such by a number of prominent Twitterati.

As someone who regularly writes about the actual writing of diverse characters and stories, this debate has obviously been of great interest to me, so I thought I would have a look at it here on my book blog.

To be clear, I’ve not read The Black Witch myself. I did think about it, but it’s 600 pages long and that represents too much time I could be reading a book in a genre I actually do enjoy reading.

It should also be noted this article is neither an endorsement of these Twitteratis’ feelings on the book, nor a defence of The Black Witch (which remember I have not read).

This article is instead a collection of observations and reflections I’ve made as a result of seeing the furore play out on my TLs in the past couple of days.

However, not having read The Black Witch either has apparently has not stopped a large number of people decrying the book as ‘the most offensive, dangerous book (she) has ever read’ based on one person’s review of an ARC. Allegedly prompted by this review, there have apparently been a large number of one star reviews on both Goodreads and Amazon in protest.

In addition, there has been a veritable tweetstorm about the harm The Black Witch has allegedly caused to marginalised people, especially the BAME community. Amongst a number of other responses, this has lead to talk of ‘censorship’ from many writers and some readers for what they see as an attempt to wreck Forest’s burgeoning career and get the book pulled.

This has been contrasted with the book’s critics who claim the real problem is ‘shitty writing’ in that The Black Witch ‘reinforces racist norms and structures’, rather than breaks them down.

If this kind of controversy surrounding books, movie and TV shows seems familiar to many, it’s because it is. There have been multiple condemnations and draggings of creatives and their work online, not just on Twitter but across the whole of social media (though it is particularly prevalent on Twitter).

Joss Whedon, JoJo Moyes and EL James are just a few who have had their work under the Twitter microscope and been found to be wanting. Their work has been accused of misogyny, ableism, even contributing to rape culture. They may also be told they are literally aiding and abetting the killing of marginalised people worldwide. 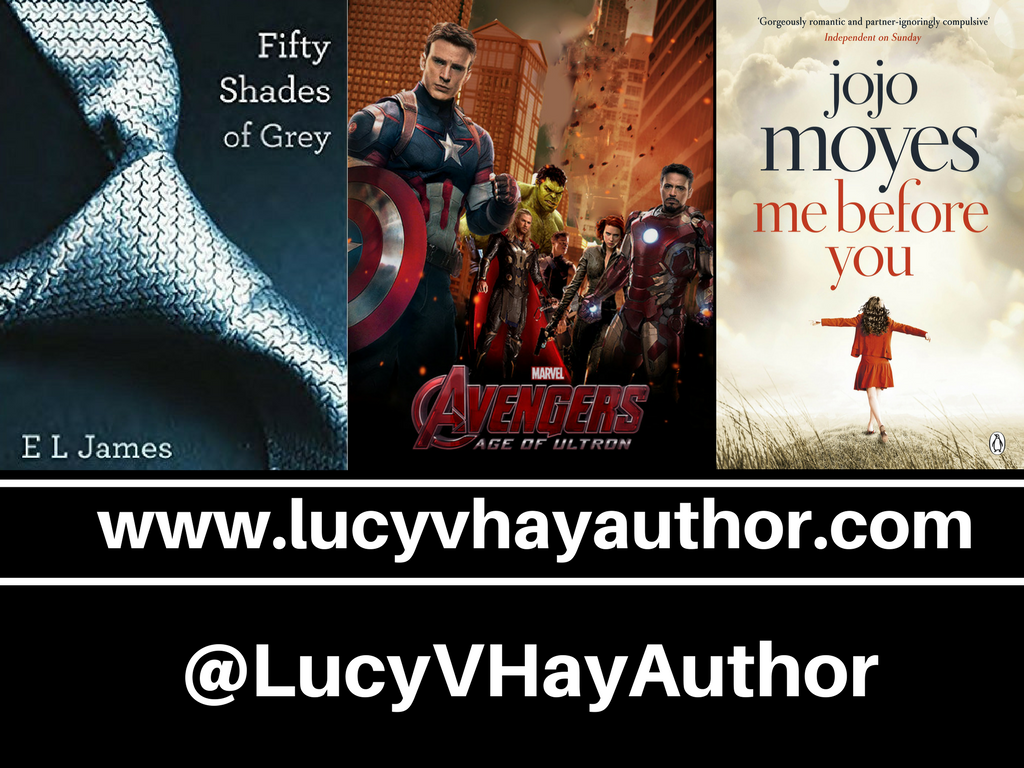 However justified someone feels about their feelings on how terrible a book, movie or TV show is, I always find it interesting how a writer’s intention is never considered *any* kind of defence. A writer will have spent thousands of hours on that project, but apparently what they wanted it to be does not count. As Roland Barthes said, it would appear in the age of the internet, the author really is dead.

So critics will claim it’s how a message or theme of a work is broken down and perceived by people other than the author. To support their interpretation of said message or theme, they will cite the fact they’re an author or screenwriter themselves; a librarian; a PHD in literature; or that they have read and reviewed thousands of books or movies and so on.

By these claims, it’s implied they ‘out rank’ the author of the piece … But do they? Perhaps they do individually; it is literally their response. There is no reason anyone should have to like a creative work or think it’s good!

But do they out rank the author en masse automatically, especially when that critic’s followers have not read the book? That is more troublesome to pin down. It is also where most actual writers seem to be falling in this discussion: they appear to think it is unfair to drag and condemn work when it is based on hearsay, as individual responses to that work will differ.

It’s clear from this debate and others like it, that writers get defensive when they’re pulled up on not being a ‘good ally’. This is not unsurprising. It’s hard when you try your best for hundreds of hours and someone says it is not good enough. Also, from my own work with hundreds of writers over the years, I would venture that most writers are left-leaning and so want to bring more empathy and understanding to the world through their work.

BUT writers are subject to the same harmful and stereotypical messages, myths and norms as everyone else in society. Sometimes they DO bring forth harmful, stigmatising and downright cheesy tropes in their work; I spend a lot of my time as a script editor challenging them, which can be wearing … So it must be even more so for those who have to live with such crap daily!

And that’s where many of the critics appear to be sitting on this debate. Some have brought forth the notion of ‘the default reader’ to the discussion, saying The Black Witch is primarily for white readers; that it might be all well and good trying to teach white kids not to be racist, but those black characters on the page get dehumanised, which doesn’t help black kids in the real world.

In other words, it’s the ‘same old, same old’ for them and this particular book does little to advance both diversity and inclusion.

It seems to me there are two difficult debates coming from two different place at the heart of this current discussion:

1) Writers are becoming afraid of getting mobbed on social media for ‘getting it wrong’, especially when ‘getting it wrong’ may vary wildly when it comes to characters, storylines, messages and/or themes. They may be tempted to ‘play it safe’ as a result, which seems an own goal when diversity is so key to great storytelling, especially in 2017.

2) Critics online of said writers are tired of a lack of diversity, inclusion and adherence to the ‘default reader’ (who is not marginalised). As a result, they may be tempted to drag works and writers that ‘get it wrong’.

The irony here is obvious. We all seem to want the same things. Whilst there is no easy answer – and works that ‘get it wrong’ are really annoying at best – it would appear dragging writers is counterintuitive.

As I’ve said before on my other site Bang2write, I wonder if the ‘answer’ is flooding the market with as many diverse characters and stories as possible? Whilst some will undoubtedly be terrible, there will be some good ones — and hopefully it will all balance out eventually!

What do you think?