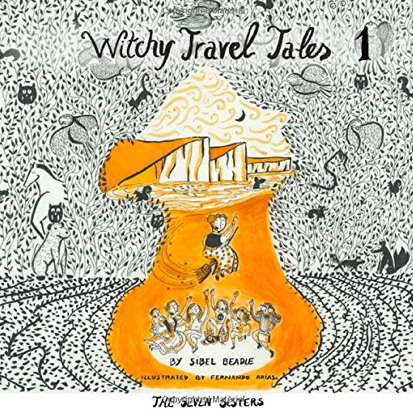 We’re back for another instalment of Wee Girl Reviews! Emmeline, aka ‘Wee Girl (2)’ is 6 years old and a tiny book blogger. Just recently she has perfected the art of doing a new gymnastics moves – a walkover from the ‘crab’ position!

Emmeline is a reluctant reader, so I’m happy to partner with AuthorRight for ‘Wee Girl Reviews’. In this feature on the blog, we will read picture books together, so Emmeline can give her opinion on them. Today’s is a whole series called Witchy Travel Tales by Sibel Beadle. 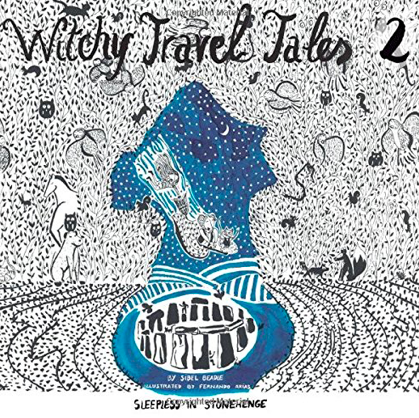 The series “Witchy Travel Tales” tells the story of a witch called Miranda, who has seven beautiful daughters. In Book 1, The Seven Sisters tells of how Miranda and her daughters cross seven seas in search of a better home.

In Book 2, Sleepless in Stonehenge, this story tells the tale of Viva, Miranda’s fourth daughter, who struggles to fall asleep at night.

You can find out more about the series HERE and buy them, HERE. You can also follow Sibel on Twitter as @witchytales1.

Here’s what Emmeline thinks of the Witchy Travel Tales series:

‘I like the colours … Each book has a different one!’

‘Seven daughters is a A LOT of daughters!’

‘I like it that the pictures are so detailed.’

‘I like the idea of having a wolf for a pet.’

‘The spells are really cool.’

‘I will tell my friends about these books.’ 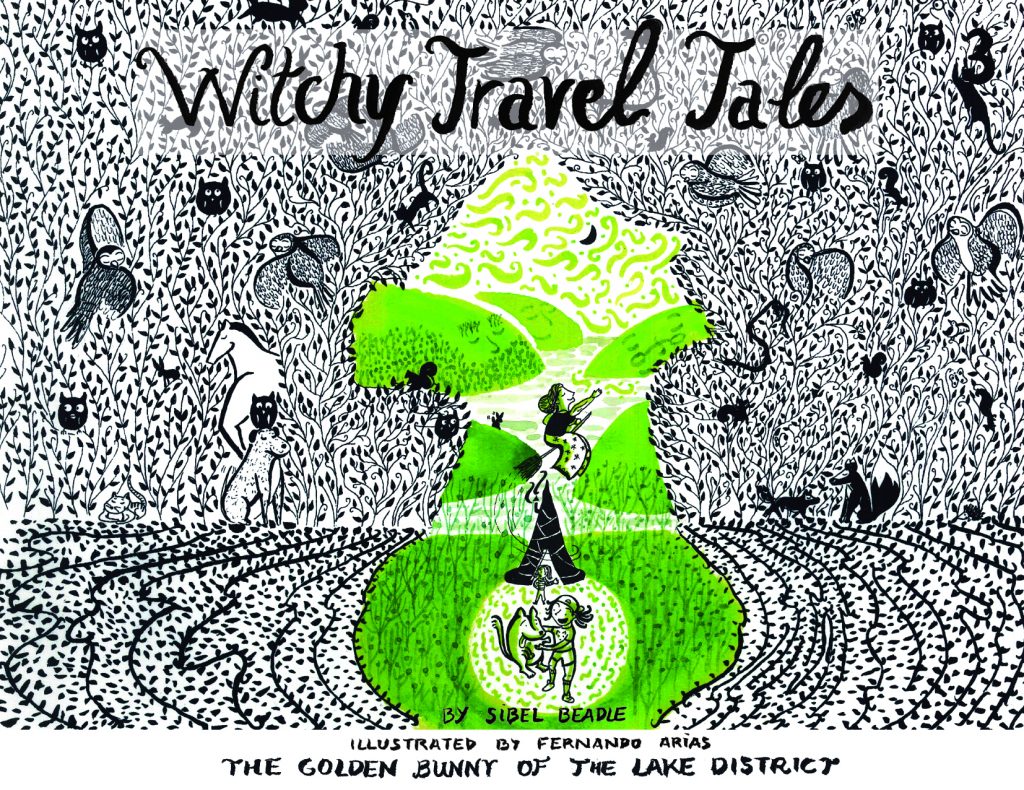 Halloween is a big deal in our house, so we LOVE witches and were looking forward to these books. I thought the illustrations were unusual and very beautiful: at first they look like squiggles, but the more you look at them, the more detail you can pick out – kind of like a ‘magic eye’ or Where’s Wally? picture. This provided talking points for me and Emmeline when we were reading together.

I liked the fact the books take in British landmarks that we could discuss together. I also liked that Miranda has seven daughters. I grew up in a family of 5 (four of us were girls) and it was very rare to find very big families in fiction back then. What’s more, it’s nice this series is female-dominated, especially when books (and movies!) are often male-dominated, as I’m always saying on my writing site, Bang2write.

The books were on the longer side at thirty five pages, which worked well for Emmeline given she is that bit older (though may be too long for a younger child). Some of the language was a little difficult for children under ten in my opinion: I had to explain words like ‘sufficient’ and ‘appease’.

Of the three books, I think Sleepless In Stonehenge was my favourite.

Recommended. Older children may like these intriguing tales of witchcraft and British landmarks, especially if you want lots of discussion points for later.

Living in Billericay, Essex with her two daughters, Sibel Beadle previously worked as a senior banker for the European Bank for Reconstruction & Development in Central London before becoming a full time children’s author.  All three of the Witchy Travel Tales are available to purchase in paperback RRP £6.99 from online retailers including Amazon and Waterstones. For more information please visit: www.witchytraveltales.com.