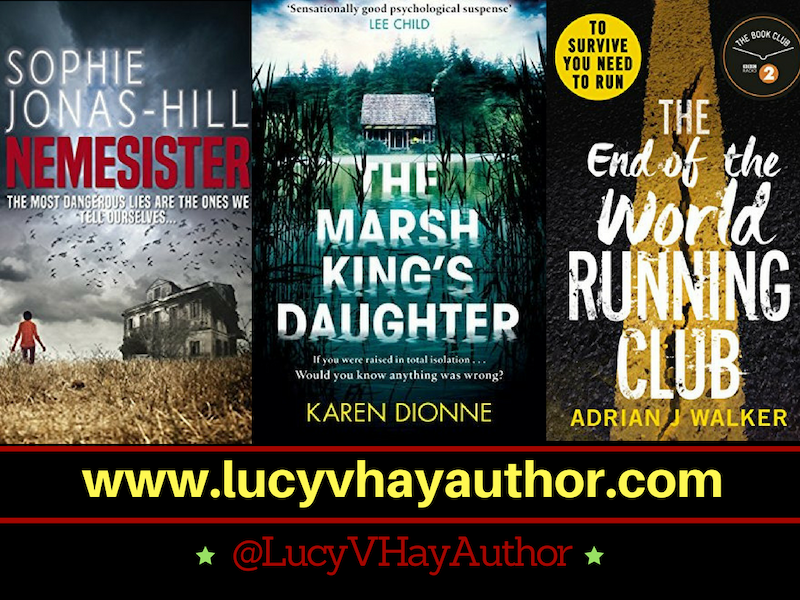 Following on from the great dystopian (and highly cinematic) read, The Feed – I thought I would take a look at 3 of my favourite reads that I reckon should DEFINITELY be movies or TV shows, since I love the moving image almost as much as reading. Here goes:

As a script editor myself, I LOVE a good ‘contained thriller’ as far as movies go, so I can totally see this one playing out in my mind: a young girl turns up at a deserted shack in the middle of nowhere. There’s a guy there, who’s acting kind of shady. But then, so is she. What is going on? Should she trust him, or him/her? Should WE trust the narrator? This is one slippery read and even if you *think* you have a handle on it, trust me, YOU WON’T! Read my full review on Goodreads, HERE.

I was lucky enough to get my hands on an ARC of this highly anticipated thriller and I was not disappointed. This is ROOM meets THE REVENANT: Helena is forced to track down her highly dangerous, escaped convict father The Marsh King, called such because he abducted her mother and forced her to live in the marshland for nearly two decades.  Helena, the protagonist of the book (and daughter of her father’s ‘wife’) is a highly layered, complex female lead: as she is half-Native American, I would have loved to see someone like Frozen River’s Misty Upham play her (she did, in my brain). Sooooo good and you can’t miss it! Read my full review on Goodreads, HERE.

3) The End Of The World Running Club by Adrian Walker

Set in a dystopian Britain after a meteor strike that roasts most of the British Isles, this is only the start of  our (anti)hero Ed’s problems. When he’s separated from his family (and the rest of the survivors) up in Scotland, he and a disparate band of others left behind are forced to traverse the whole country to get to safety down in Cornwall. With all vehicles melted, the only way is on foot! I loved this simple plot line, that was brought to life by highly differentiated and unusual characters, not least Ed himself who is the furthest away you can get from a Lone Wolf/Mad Max-type, so usual in these types of thriller. Read my full review on Goodreads, HERE.

See all my favourites from last year

Looking for reading recommendations? Then check these out: