While it’s safe to say that nobody knows what other-worldly events 2021 is going to bring us, we do know some good things … Our favorite authors are scheduled to release some more of their other-worldly stories to us mere mortals.

Fear not the real world, but escape into some of the most fantastical writing this year has to offer you with my preview of what could be in store! Here’s a round-up of some of the hottest authors on the block right now in  science fiction and fantasy, from legends of the genre to ground-breaking debut pieces. Enjoy! 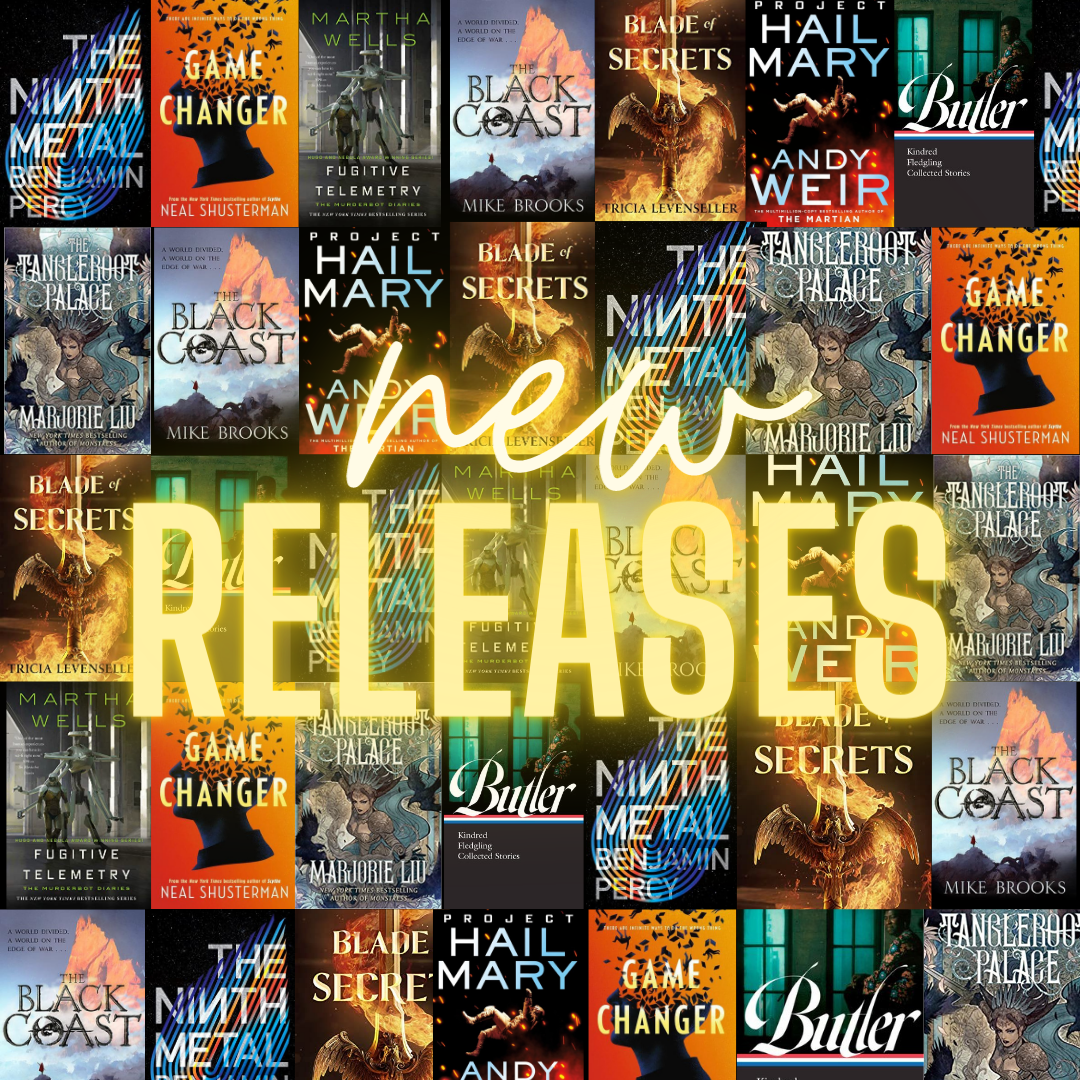 Octavia E. Butler, the 2020 New York Times Bestselling author of Parable of the Sower has a collection of stories, published by the Library of America to get you off to a flying start.

You’ll be familiar with some of the tales included such as  Butler’s well-known slave story ’Kindred’ and  the vampiric ‘Fledgling’, but there are also eight other short stories and a number of lesser known essays to sink your teeth into.

Coming out on April 27th via Tordotcom Publishing, Martha Wells’ ‘Fugitive Telemetry’ belongs to the endearing series she has created about an unruly security bot named Murderbot.

Number six in the series, you’ll have a bit of catching up to do if you want to read the first few escapades first, but I’ve no doubt that Well’s witty work will leave you wanting more of her antisocial and anarchic mystery-solver.

Due for release on the auspicious date of May the 4th (be with you!), Andy Weir returns with yet another sparkling odyssey to follow on from The Martian and Artemis.

His new release Project Hail Mary is published by Ballantine Books. It tracks the exploits of unlikely hero Ryland Grace when he finds himself the only passenger aside from two corpses on an unfamiliar spacecraft after an unhealthily long sleep. He realizes that it is up to him alone to save the human race.

4) The Black Coast by Mike Brooks

New kid on the block, Mike Brooks, launches his first fantasy novel this year with  an epic series opener entitled The Black Coast.  Brimming with feel-good battles, heroes of old and mystical beasts, Brooks has carved a world full of wonders to behold. 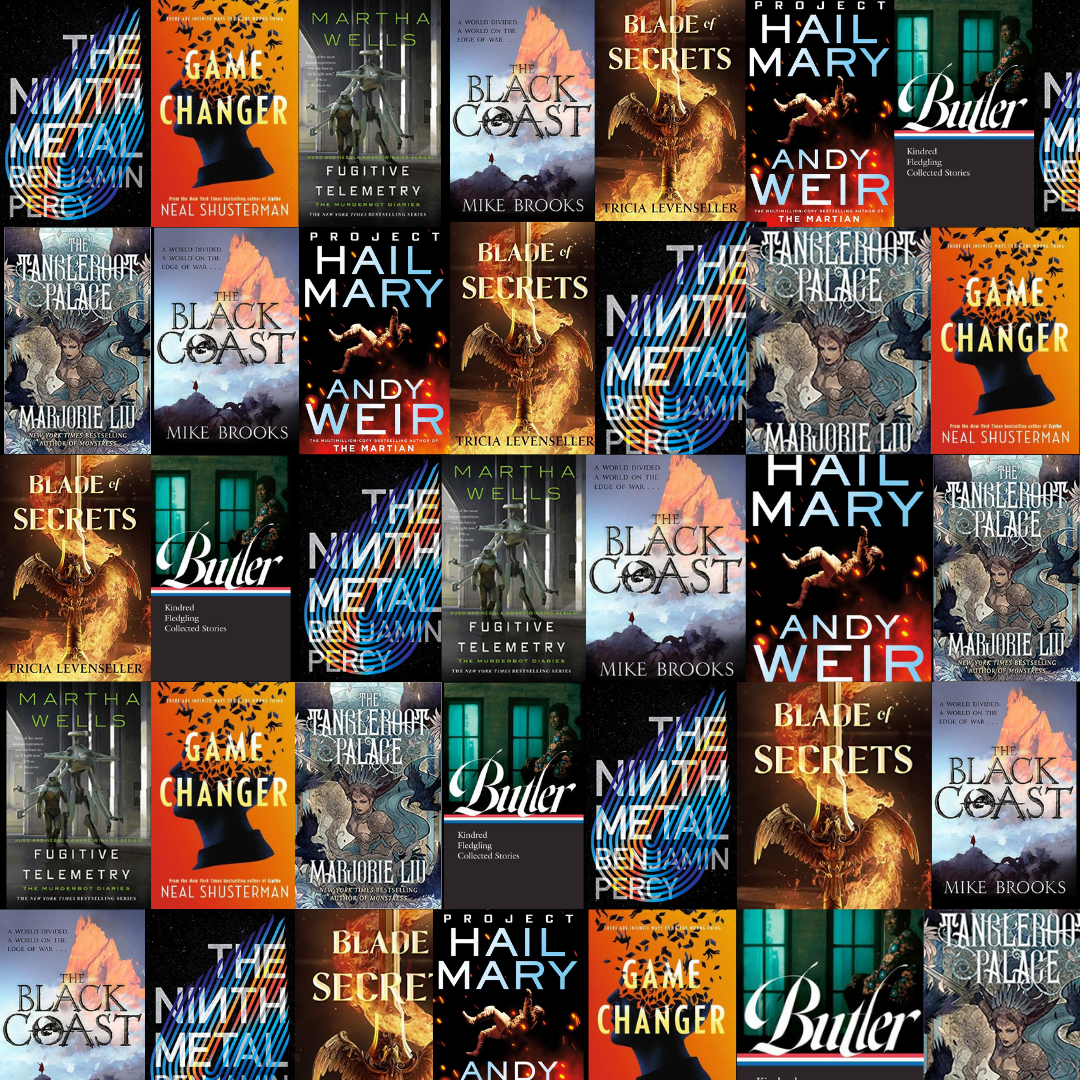 National Book Award-winner and New York Times-bestseller, Neal Shusterman is also back this year with a new novel entitled Game Changer. Following on from the unquestionable success of his ‘Arc of a Scythe’ series, Shusterman poses uncomfortable questions of his readers in a  searingly topical examination of the human role in this universe.

6) Blade of Secrets by Tricia Levenseller

To be released in May, ‘Blade of Secrets’ will be  the first of a fantasy duo penned by Tricia Levenseller. In this book, as the title suggests, Tricia charts the anxiety-ridden journey of a shy young female blacksmith whose magic sword becomes too dark and powerful to be contained. This leaves her no choice but to pursue it in an attempt to save humanity from the destruction it may inflict.

Universally-acclaimed author Marjorie Liu last wowed us with her graphic novel ‘Monstress’ which claimed a spot as New York Times bestseller as well as winning multiple awards from the Romantic Times, Hugo and also British Fantasy.

This June, Liu returns to tempt us with her debut collection of stories, The Tangleroot Palace, for which we wait with baited breath. More of Marjorie ’s mysteriously magical woods full of intoxicatingly dangerous women are sure to have us on the edge of our seats this summer.

8) The Ninth Metal by Benjamin Percy

Also out in June just to keep those beads of sweat on your brow, is the talented Benjamin Percy’s thrilling series-opener, The Ninth Metal. Get ready to have your mind blown by Benjamin’s sparky writing, as a meteor shower descends on earth, leaving behind a precious  new metal that drives people to crazy heights in the heat of the Midwest as they attempt to exploit this strange new substance from space.

More on this site about science fiction and fantasy

7 Great Utopian Books We Should All Be Reading

Book Versus Film: War of the Worlds

Book Versus Film: Arrival AKA Story of Your Life