5 Superb Horror Short Stories You Should Read This Halloween Month 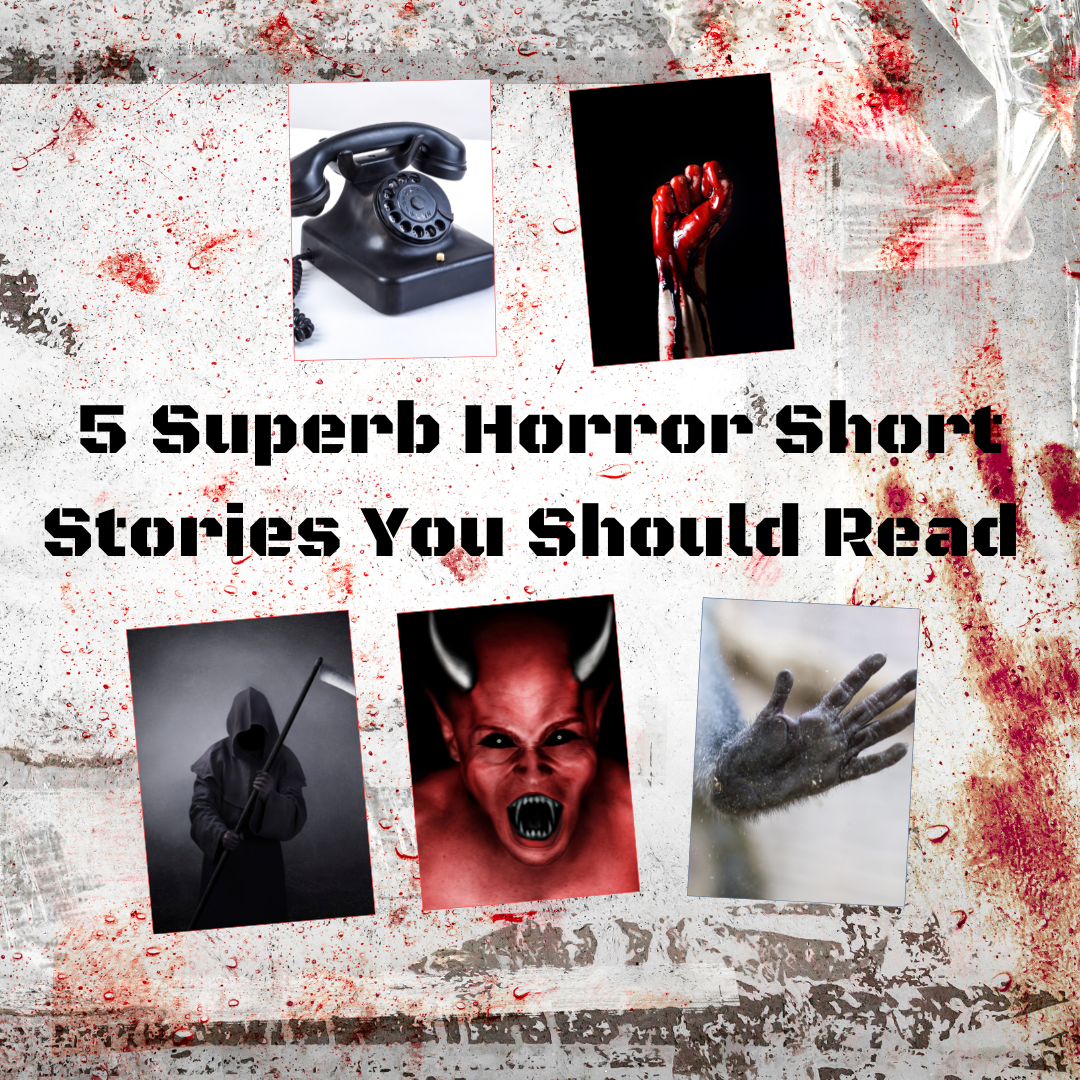 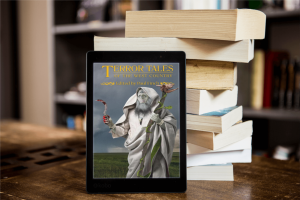 I love short stories, but especially horror short stories … and there’s no better time to read them than this Halloween month! October is a time of falling leaves, darker evenings, bonfires and hot chocolate.

October also means the supernatural and lots of spooky shenanigans, so it’s the perfect month to curl up with a scary story. As Horror maestro Stephen King says: “If you don’t have time to read, you don’t have the time (or the tools) to write. Simple as that.”

I take this SUPER literally as an author myself. I love to write horror stories of varying kinds, such as (but not limited to) …

I’ve also just had another accepted, this time as Lizzie Fry. It’s called Little Down Barton and will be part of the Terror Tales of the Westcountry anthology, edited by the talented Paul Finch. It should be out very soon, so watch this space!

But while we’re waiting for that, here’s 5 other terror tales worth reading this Halloween season … 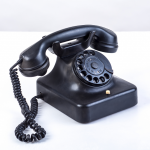 1) The Black Phone by Joe Hill

Joe Hill is the author of not one, but TWO of my favourite books: post-apocalyptic thriller The Fireman and his ghost chiller, Heart-Shaped Box. (I found the latter so creepy it took me a whopping three weeks to read it. I had to keep stopping for breaks because I was too scared!).

The Black Phone is a short story Hill wrote that is part of his 20th Century Ghosts collection, though you can also buy it separately by itself. This is because the story has just been adapted by the team behind Sinister, one of my all-time favourite horror movies. Director Scott Derrickson and screenwriter C. Robert Cargill are at the top of their game, which means this adaptation is a MUST-SEE.

The original short story follows the fates of John Finney, a boy who is abducted from outside the local general store when he’s buying his favourite grape soda. He is locked in a basement that’s stained with the blood of half a dozen other murdered children.

In the cellar with him is an antique telephone. It’s long since disconnected but rings at night with calls from the dead – ‘The Grabber’s’ previous victims. This is such a great concept and Hill really makes the most of the setting … You end up feeling trapped and desperate, just like Finney. Read it now! 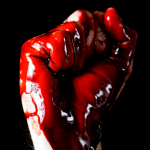 Edgar Allen Poe was a triple threat: author, poet AND literary critic. He is credited with pioneering the short story genre and is best known for his works for the macabre. He wrote so many great titles such as The Raven, The Pit And The Pendulum and Lenore … it’s very hard to choose!

Ultimately however my favourite has to be The Tell-Tale Heart. First published in 1843, it describes an unnamed narrator who murders an old man and dismembers his body, stashing the grisly parts under floorboards. Our narrator essentially gets away with it … Only for his sanity to begin to unravel when he believes he can hear his victim’s heart still beating under the floor. Ack! 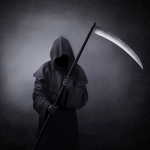 Somerset Maugham was an English writer known for his plays, short stories and novels. He trained as a doctor but never practised medicine; he also worked for the British secret service during WW1. He was also widely known to be homosexual at a time it was still illegal. In his own words, Maugham was ‘third quarters queer’.

I love most of Maugham’s work, but it’s his incredibly short piece Death Speaks that is my favourite. Just 200 words long – including the title – here it is …

There was a Merchant in Baghdad who sent his Servant to market to buy provisions and in a little while the servant came back, white and trembling and said “Master, just now when I was in the marketplace I was jostled by a woman in the crowd and when I turned I saw it was Death that jostled me. She looked at me and made a threatening gesture. Now, lend me your horse and I will ride away from this city and avoid my fate. I will go to Samarra and there Death will not find me.”

The Merchant lent him his horse and the Servant mounted it and he dug his spurs in its flanks and as fast as the horse could gallop he went.

Then the Merchant went down to the marketplace and he saw me standing in the crowd and he came to me and said, “Why did you make a threatening gesture to my Servant when you saw him this morning?”

“That was not a threatening gesture,” I said, “it was only a start of surprise. I was astonished to see him in Baghdad, for I had an appointment with him tonight in Samarra.”

I love this story so much because it contains my all-time favourite literary technique: dramatic irony.

We can see it at work in the text here. After all, had the servant not tried to out-wit death by going to Samarra, they would have cheated Death. I also love the fact we only realise Death is actually telling the story at the end AND she’s a woman (check back in the text and you will see). Wow! 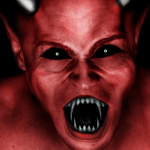 4) Down, Satan! by Clive Barker

Again, it feels almost impossible to pick my ultimate favourite short story by Clive Barker. The author of such iconic horror novels as Hellraiser, Barker is also a filmmaker and screenwriter. He has been a MASSIVE influence on me and my own writing, especially his horror epic fantasies such as Imajica and Weaveworld.

Like so many other icons of the Horror genre, Barker is a prolific short story writer. He has published many volumes of his acclaimed Books of Blood series, but it’s Volume V that really sticks in my mind with Down, Satan!

It’s very short, but still packs a punch. It tells the story of a wealthy middle-aged businessman, Gregorius, who becomes depressed. He believes God has deserted him. He decides to build a Hell on Earth in order to summon Satan.

There’s a method in his madness: Gregarious believes God will come down from Heaven and rescue him from the devil. Of course, it doesn’t work out that way. In his vast House of Horrors, Gregorious is captured after torturing hundreds of people to death in the well-equipped torture chambers.

It is deliberately left up to the reader to decide if Gregorius went insane, or if he really DID succeed in tempting Satan into taking residence in his own personal Hell. Eek.

This memorable and gruesome short story also reminds me of the true story of America’s first documented serial killer, H.H Holmes. He built a so-called ‘murder castle’ and killed hundreds of people in horrific ways. Just goes to show the truth is nearly always stranger than fiction! 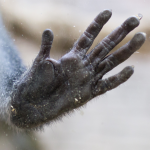 The Monkey’s Paw by W.W Jacobs is a dark and macabre tale about being careful about what you wish for (because you might just get it).

In the 1902 tale, The White Family are visited by a Sergeant Major. The troubled soldier is in possession of a monkey’s paw that has the power to grant wishes. He has had his three wishes and appears to have regretted them.

This does not perturb the Whites, who say they will relieve him of the item so they might have their own three wishes. The Sergeant Major gives up the paw but warns them the wishes may come at a great cost.

The Whites aren’t worried about that and waste no time in thinking up their first wish: they want enough money to pay off the mortgage on their house, £200 (remember it WAS 1902, when £200 was a lot more money than it is today).

Sure enough, the £200 is granted. Unfortunately, something AWFUL happens to one of the Whites in order for them to be paid.   To find out what that is, I have created a free ebook of The Monkey’s Paw as a free gift for you. CLICK HERE to grab it.

Want to write your OWN short story? 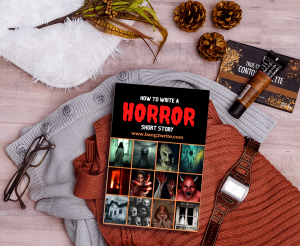 People write to me all the time, asking how they can get their own stories down on paper. If you’re wondering this too, I’ve created a concise and comprehensive training called How To Write A Horror Short Story.

The training covers how to come up with ideas for horror shorts, not to mention how to develop them AND get them out there.

It’s designed for writers who …

There’s a video tutorial and a treasure trove of resources and bonuses too. There’s printables such as worksheets, a plethora of horror writing prompts, an exercise on how to get started if you’ve got writer’s block, plus an eGuide on where to send your short stories!

Even better, it won’t break the bank either since we’re all broke thanks to cost of living … You can grab your training for the special pre-launch price of just $17. (After Oct 31st, the price will go up).

CLICK HERE or on the pic above to check it out. Pass it on!

Good luck with your own writing projects!